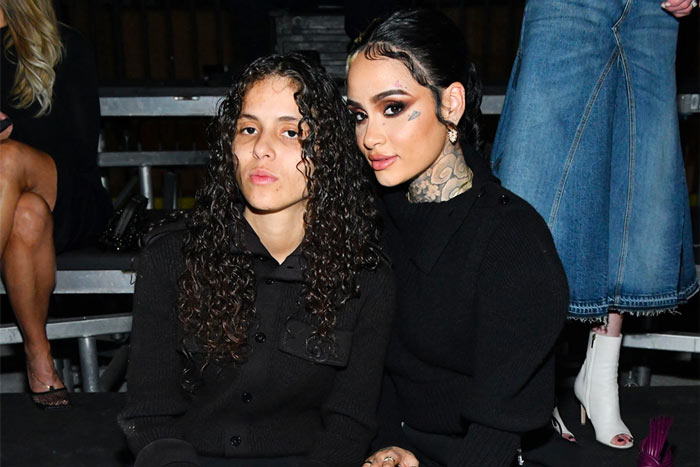 Kehlani has the rumor mill buzzing over her new relationship.

There is speculation that the “Altar” singer is dating 070 Shake after the two were seen getting cozy. In the photo, which Kehlani shared to Instagram Stories on Friday, the “Guilty Conscience” singer can be seen putting her tongue on Kehlani’s face while they pose for a black-and-white selfie in the mirror.

There were previous signs that the two were in a relationship. Last week, they were spotted together in the front row at the Bottega Veneta fashion show in Detroit. Earlier this month, Kehlani posted a photo of 070 Shake in the rain on her Twitter timeline, while 070 reposted Kehlani’s video for “Altar.”

The rumored couple has not confirmed the dating reports. In April, Kehlani officially came out as a lesbian after previously dating YG, PARTYNEXTDOOR, and Kyrie Irving.

Both artists have new albums on the way. Kehlani’s Blue Water Road is due this winter, while 070 Shake recently announced her second studio album, You Can’t Kill Me Because I Don’t Exist.

Snoh Aalegra and Tyler, the Creator Team Up in ‘Neon Peach’ Video