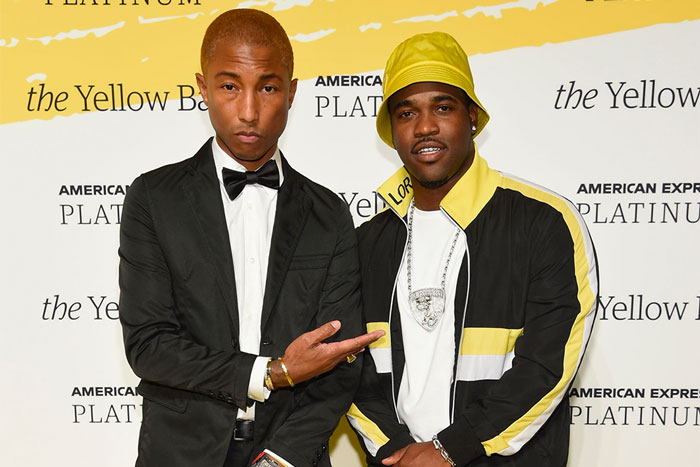 A$AP Ferg and Pharrell Team Up on ‘Green Juice’

The Harlem rapper links with Pharrell Williams on his new single “Green Juice,” produced by the legendary Neptunes. Over a futuristic beat, Ferg shows no lack of confidence (“You wonder why they call me the Lord? / You pussy ass ni**as, I invented y’all”), while Pharrell separates the real from the fake: “You cannot make this shit if you’re a fraud.”

The song is accompanied by a special effects video, directed by Valentin Petit, which Ferg calls the “best video ever made.”

Ferg recently inked a management deal with Roc Nation and will perform “Green Juice” for the first time at Rolling Loud New York this weekend. Additionally, he has teamed up with Uber Eats to deliver his favorite green juice from Pressed Juicery to fans in LA and NY from Oct. 29-31.

Big Sean and Hit-Boy Reveal ‘What You Expect’ EP Tracklist

Drake Says Eminem Is ‘Under Appreciated’