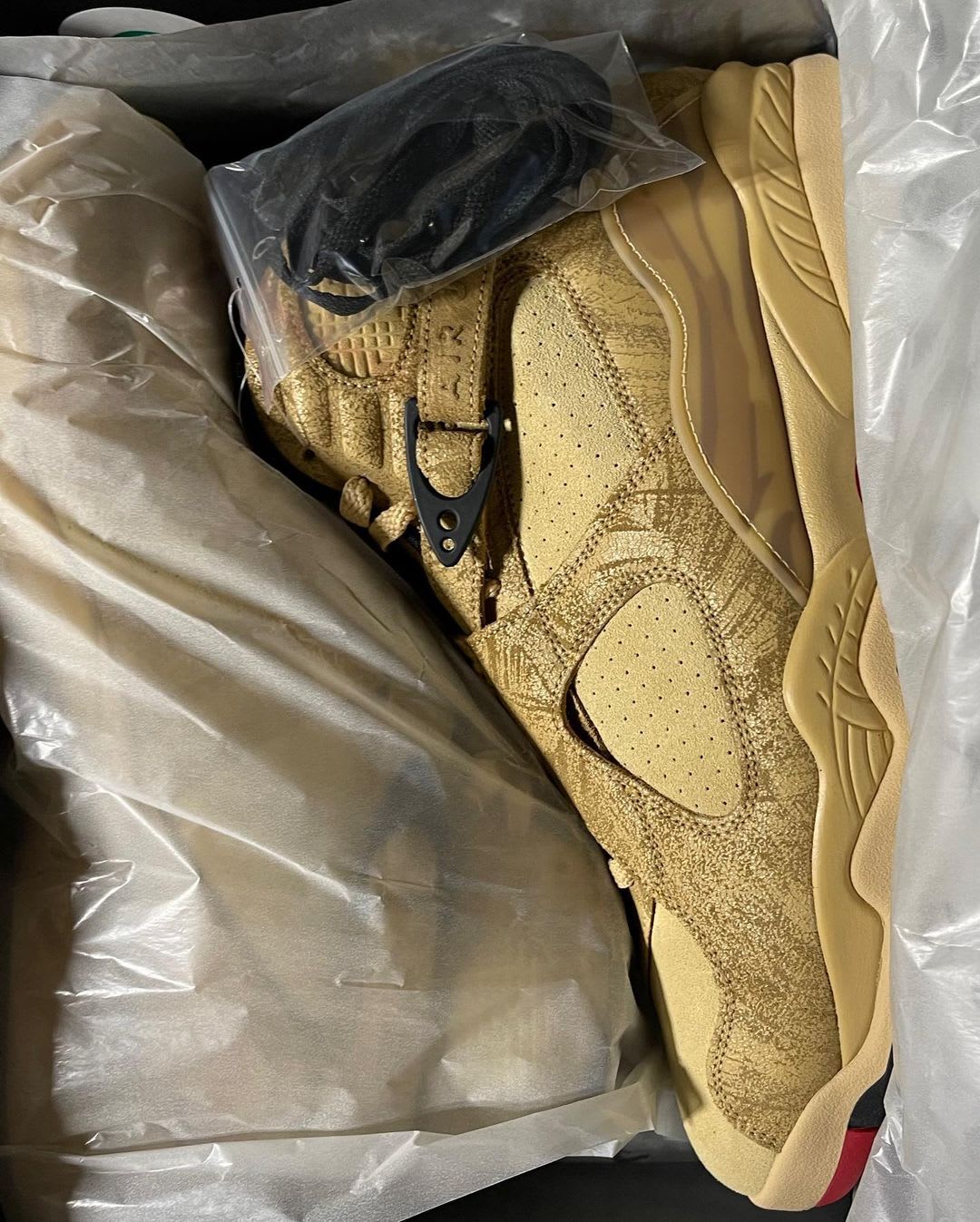 Jordan Brand has already given Rui Hachimura several PE makeups of some of its most recent performance Air Jordans, and soon, the Washington Wizards forward is also getting a special colorway on the Retro front.

Leaked images from @Kangofmemphis reveal a first look at Hachimura’s forthcoming Air Jordan 8 release. The shoe wears an all-brown color scheme on the upper with crackled leather on both the base and the cross straps at the midfoot. The tongue also features Hachimura’s Kanji-inspired samurai logo, which was designed by his mother in honor of his family’s name. The shoe comes with special packaging and the lid features a graphic of Hachimura dunking on two defenders.

As of now, the release details for Hacimura’s Air Jordan 8 have yet to be announced by the brand but stay tuned to Sole Collector for official updates in the weeks ahead.