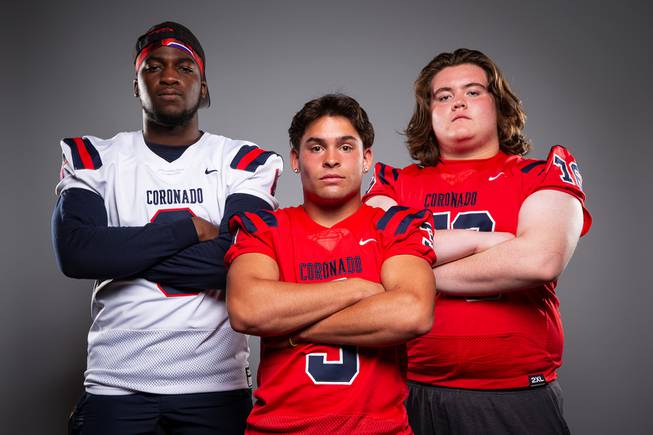 There are three weeks left in the high school football season in Nevada, and many teams are still in contention for the state championship.

That’s the beauty of the reimagined class 4A, where programs like Basic and Las Vegas aren’t tasked with going against powerhouse opponents — Bishop Gorman and Liberty, for instance — to go on a title run.

This is the first season Gorman and Liberty — which combined have won 12 of the last 13 championships — are competing in the newly formed class 5A. The remaining 4A schools now have something to play for, and that reality begins tonight with the state quarterfinals.

Basic, which last week won its first playoff game since 2016, had the most success in the large-school classification in twice reaching the state semifinals in the past 10 years. But each trip was met with a lopsided defeat against Liberty.

A win tonight, however, would put Basic back into the semifinals — and with a significant chance to continue advancing.

The class 5A is down to four teams, with Gorman hosting Foothill and Liberty taking on Arbor View.

The general consensus is both Gorman and Liberty will convincingly win, which would set up a rematch of the 2019 regional championship game where Liberty upset Gorman to snap the Gaels run of 10 straight state titles.

Let be honest: A Gorman-Liberty rematch is the game many have been waiting to see since that night in 2019 when the Patriots did the unthinkable.