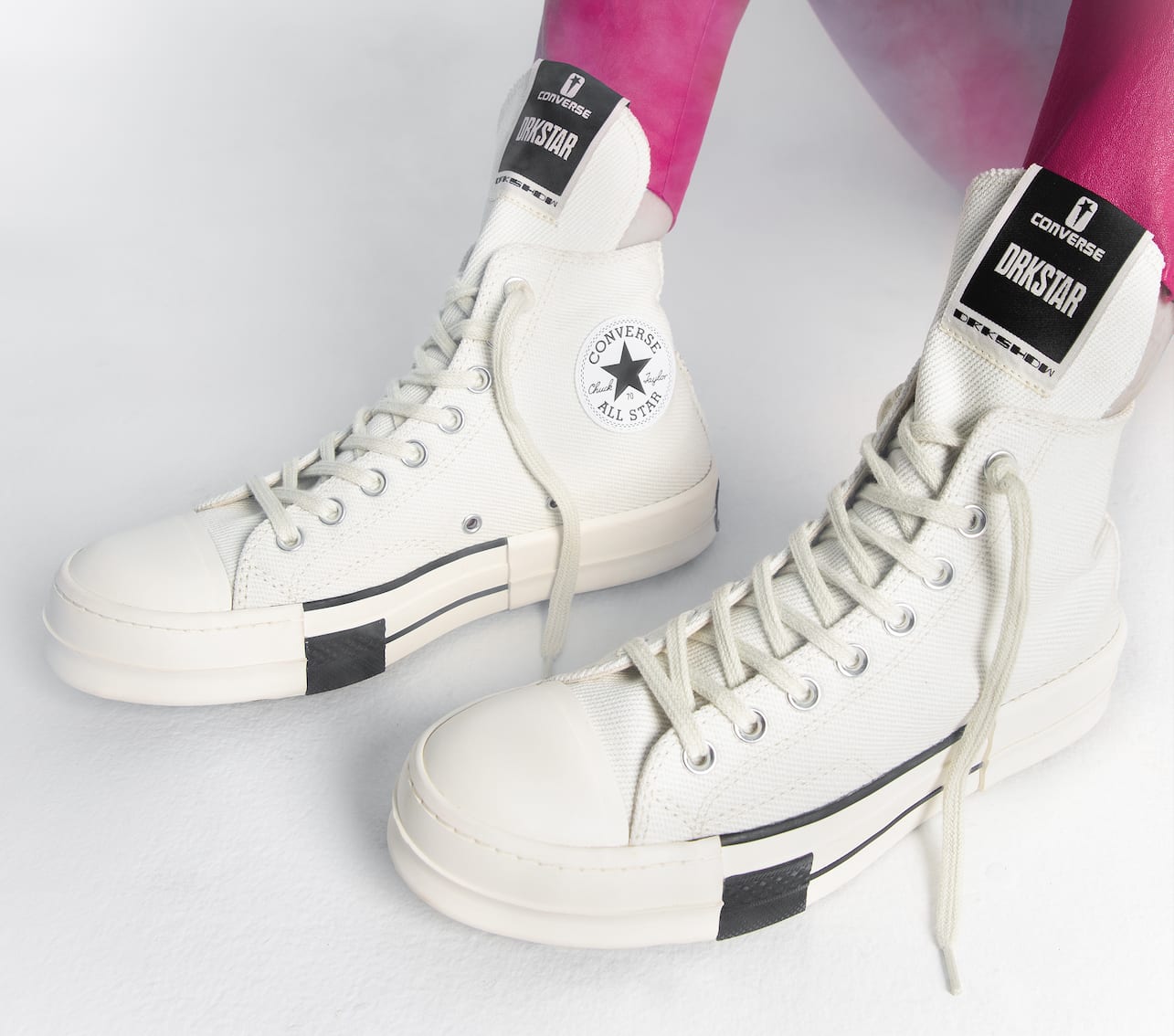 After delivering both the TURBODRK Chuck 70 and TURBOWPN earlier this year, Rick Owens has re-envisioned another classic Converse silhouette under his DRKSHDW design imprint.

Next up between the fashion designer and the footwear brand is the debut of the DRKSHDW DRKSTAR Chuck 70. This will be Owen’s second interpretation of the classic Chuck model with the design formula being the same as the aforementioned TurboDrk Chuck 70 style as seen with the exaggerated elements including the elongated tongue as well as the distorted midsole. Unlike the first installment’s squared toe caps, this drop uses a rounded design more akin to Owens’ popular Ramones sneakers. The new Chuck 70 is presented in both the Hi and Ox silhouettes with a white-based makeup for the first pair and a black colorway for the latter, respectively.

Aside from the sneakers, the offerings include white and black caps along with a backpack.