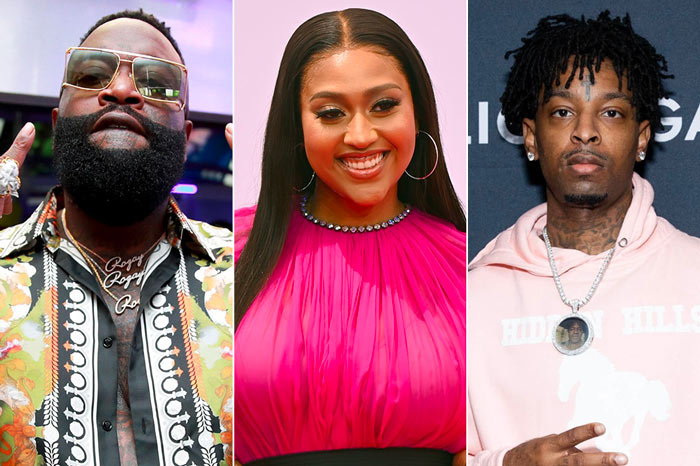 The Bawse is back.

Rick Ross rounds up Jazmine Sullivan and 21 Savage for “Outlawz,” the first single off his upcoming 11th studio album Richer Than I Ever Been.

Over a triumphant instrumental, produced by AraabMuzik and Fabian Marasciullo, Rozay roars as Jazmine lends her powerful pipes to the hook. “You hold the gun, I’ll take the wheel / If you say go, you know I will / And though this love has its flaws, we’re forever outlaws,” she sings.

“I feel this is the best album I’ve ever done,” he told “The Bakari Sellers Podcast.” “I make progress every day. I feel like some of the stuff I’m saying on this album is going to separate this album from others. A lot of people gonna say, ‘Rozay shouldn’t have did that.’ I think I should. Why not? That’s what the game needs.”