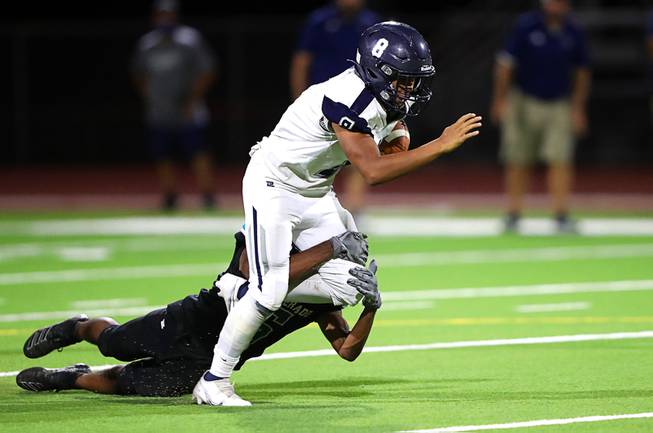 The Shadow Ridge football team had ran just one play on Friday at Las Vegas High in the class 4A state semifinals and already trailed by two touchdowns.

The slow start proved to be manageable, as the Mustangs closed with 29 unanswered points in a 65-37 win in earning a spot in next week’s championship game against Silverado.

“Just a gutsy performance from our kids,” Shadow Ridge coach Travis Foster said. “They were resilient. They didn’t quit.”

Maddyx Valenzuela and Elijah Tooley added rushing touchdowns, and Jonah Ruiz had an interception return for a touchdown as the Mustangs pulled away late.

The victory sets up a rematch with Silverado, which downed Shadow Ridge 50-29 on Aug. 27.

“They were the more physical team that night,” Foster said of Silverado. “That’s on us.”

One game away: Silverado beats Coronado to reach state championship