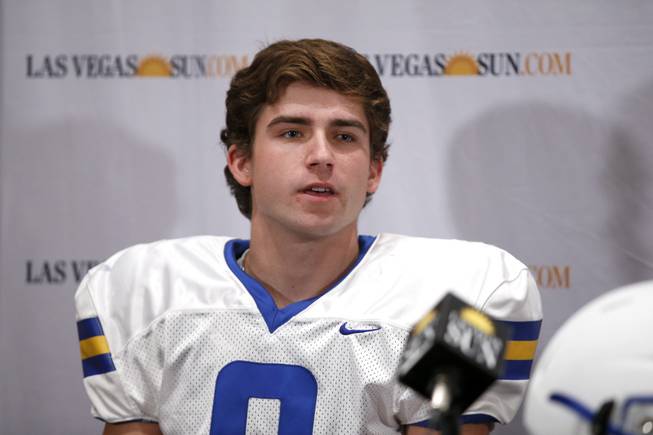 The class 3A high school football state championship game will feature two programs overly familiar with each other.

Moapa Valley of Overton and Virgin Valley of Mesquite both won semifinal games Saturday to advance to next week’s championship game, where the neighboring towns will play for the third time in six months.

Moapa Valley beat visiting Churchill County of Northern Nevada 42-21 in the semifinals, using 293 passing yards and three touchdowns from quarterback Peyton Neilson and limiting the opposition to about 200 total yards.

Landon Wrzesinski and Ben Jolley contributed touchdowns for the Pirates, who remained undefeated on the season.

“It was big getting Gunner Redd back for us,” Moapa Valley coach Brent Lewis said. “When we have all of our weapons we are tough to stop.”

The towns are apart 40 miles apart and rivals at all sports, in all age groups. In football, they annually play in the “Hammer Game,” which was won Oct. 22 by Moapa Valley 46-28. Moapa Valley also beat Virgin Valley during the spring, when a six-week season was contested after the fall 2020 campaign was delayed because of the pandemic.

The rivalry resumes at 7 p.m. Thursday at Allegiant Stadium in the last of three championship games at the nearly $2 billion NFL facility near the Strip.

Marchessault on 100th Vegas goal, ‘VGK is the pride of my career’