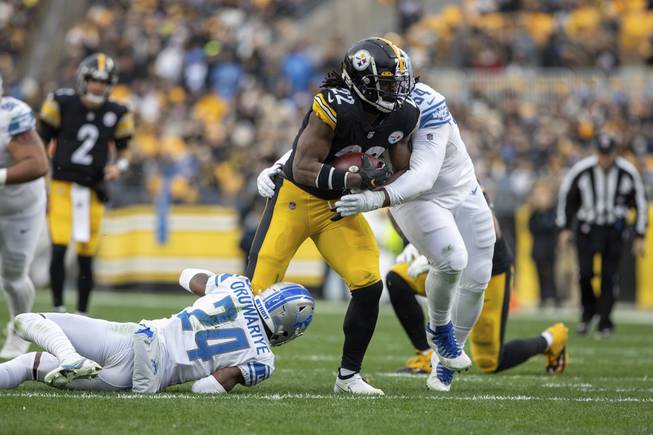 A six-point teaser had cashed in Sunday Sweats for 10 consecutive weeks before the Steelers couldn’t break their overtime deadlock with the Lions last week, settling for a 16-16 final score.

It couldn’t last forever. The best sides to tease strategically, those that go through two key numbers like 3 and 7, had started to tail off in recent weeks and it was only a matter of time until they bit the column.

But that won’t be a losing teaser ticket I’m ripping up in anger. It’s more one I’d look at with appreciation of the journey to start the season, and with motivation to start a new streak this week.

Both these offenses have performed well in spurts but consider the competition. Buffalo has faced the worst set of opposing defenses in the league, according to Football Outsiders’ DVOA ratings. Indianapolis has faced the fifth-worst set of opposing defenses in the league, according to DVOA. Both numbers will be on the rise after today because both teams have strong defenses. Weather isn’t expected to be a factor with conditions clear at kickoff, but rain is in the forecast later in the day. Maybe the precipitation arrives early and helps the under more. Even if not, this is a good bet. This total should be in the mid-40s.

Minnesota +7.5 to +8.5 might have been my favorite teaser leg earlier in the week, but that option is gone now with the spread down to 1. Seattle is still solidly in the standard window, and looks like a no-brainer in passing through the 3 and 7 in a home game against Arizona. Finding the right side to pair with the Seahawks is the challenge. Dallas +8.5 is worth a look, but with a total of 56.5 against Kansas City, those six points are less valuable. I’ve already detailed why Buffalo-Indianapolis should be the opposite, a low-scoring affair, and I also have a hard time imagining the Bills losing. It may not fit with the usual strategy, but teasing Buffalo down to a virtual pick’em might be the second-best option on the board — and at least slightly preferable to taking Minnesota +7.

Throw the Vikings out of the last category; use them here. Why not? Well, there actually is a good reason. South Point has the Vikings at a -110 pick’em price, a few cents less than several other sports books. But I’ve built a solid enough cushion in this category that I’m comfortable taking a little bit of a gamble. South Point has the best or second-best price in the market on all the other four sides — Chargers -240, Seahawks +110 and Dolphins -175. There’s value on all of those numbers. Let’s tie them together and hope lightning strikes.

Yes, I think Minnesota beats Green Bay, but I think it does so on the legs of Dalvin Cook. Or maybe even the pass-catching ability of Justin Jefferson, Tyler Conklin and K.J. Osborn. Just not Thielen. That’s because Green Bay is the best team in the league in defending against slot receivers, per Football Outsiders. The Packers have been hit or miss against Thielen in the past, in fairness, but their secondary is playing better than ever now. Green Bay is still vulnerable on the ground, but it’s been a lockdown unit in the area where Thielen usually thrives. Here’s the weekly reminder to check our Raiders’ preview section for another prop bet Sunday morning.

As evidenced by what appears to be Rory McIlroy running away with the win, the Earth Course at Jumeirah Golf Estates in Dubai is a bomber’s paradise. Off-the-tee is the most important skill in the event, and few players in the world drive the ball as well as South Africa’s Burmester. He leads the field in strokes gained off-the-tee through three rounds. MacIntyre is also strong off the tee and seems to have regained form that had eluded him the last few months in Dubai, but he’s also riding a volatile, hot putter. Burmester is more dependable, making this a short price to lay on him.