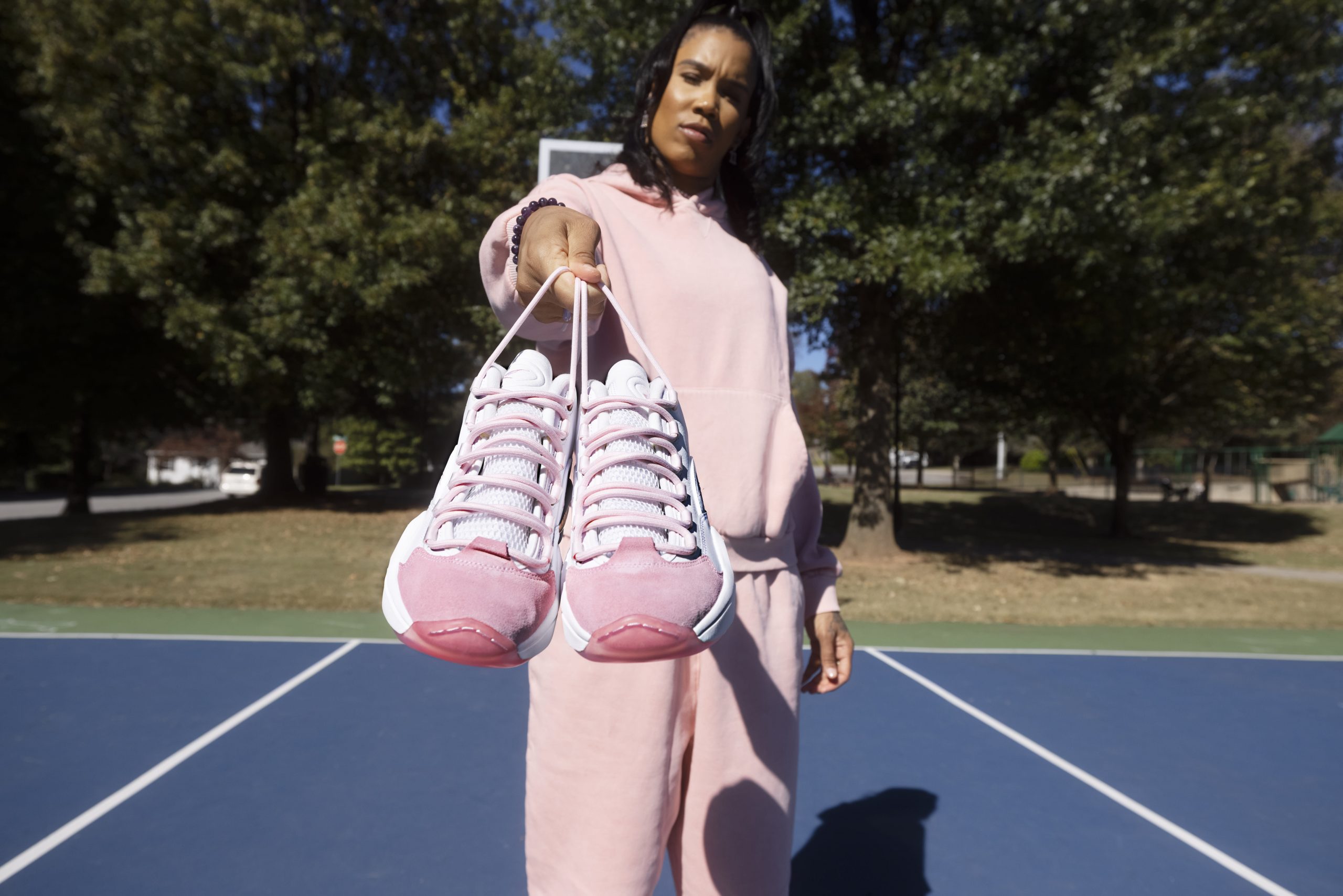 After honoring the basketball careers of both Allen Iverson and Shaquille O’Neal with the “Class of ‘16” Reebok Question Mid last month, another new iteration of Allen Iverson’s first signature sneaker is arriving soon.

According to the brand, this OG-inspired “Pink Toe” makeup celebrates Iverson’s cross-cultural influence in the worlds of hip-hop and fashion in the early 2000s. For the launch, Reebok has tapped newly retired WNBA star Ty Young for the shoe’s visual campaign. The brand also revealed its partnership with Young continues with its community outreach initiative in December in honor of the holiday season, but further details about the initiative will be revealed at a later date.

“I just love the look of this shoe and what it represents,” Young said. “Pink is almost always tied to femininity. So with these images, we wanted to flip the script and show that pink can be strong and stylistic. You can dress these Questions up or down, to stand out or to fit in – to hoop or to chill. It’s a statement shoe but also an open canvas to bring your own style and self-expression, just like AI did.”

The “Pink Toe” Reebok Question Mid will be released on Nov. 29 at Reebok.com and at select Reebok retailers for $150.