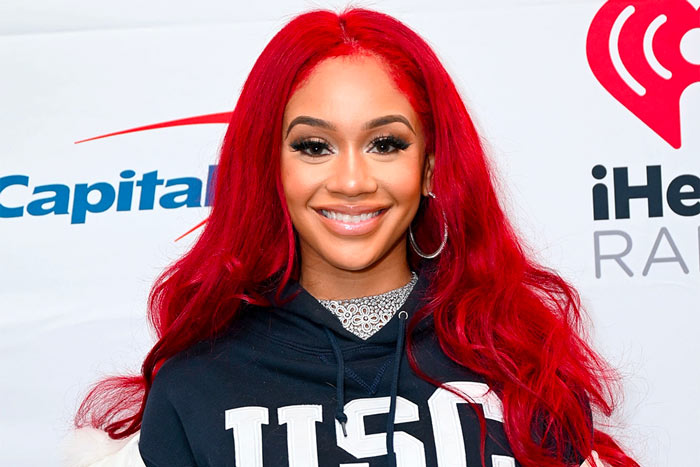 Saweetie has a new look going into the new year.

The Grammy-nominated rapper has traded in her red hair for something shorter. On Christmas Eve, she showed off her shaved head while on vacation in a tropical destination. The ICY GRL appeared to be living her best life while lounging in a pink and purple bikini under palm trees with a drink by her side. She also donned the blonde buzzcut while wading in the clear blue waters.

Her hair transformation was well received by fans. “Oh yeah sis about to get her life in 2022,” wrote one fan, while others compared it to other bald bombshells including Amber Rose and Toni Braxton.

While on vacation, Saweetie also put her infamous twerking skills on display on a balcony of her hotel suite.

Saweetie is enjoying some down time for the holidays before she returns with new music in the new year. Her Icy Season project arrives Jan. 7 and features the single “Icy Chain,” plus some surprise collaborations.

“There’s a lot of feminine energy,” she said during an event for Jack Daniel’s. “I got some help from people who balanced out the ying and the yang of the project.”

Icy Season arrives ahead of Saweetie’s long-awaited debut album Pretty Bitch Music. She is also headed back to her alma mater USC as a guest lecturer in two courses in entrepreneurial studies.