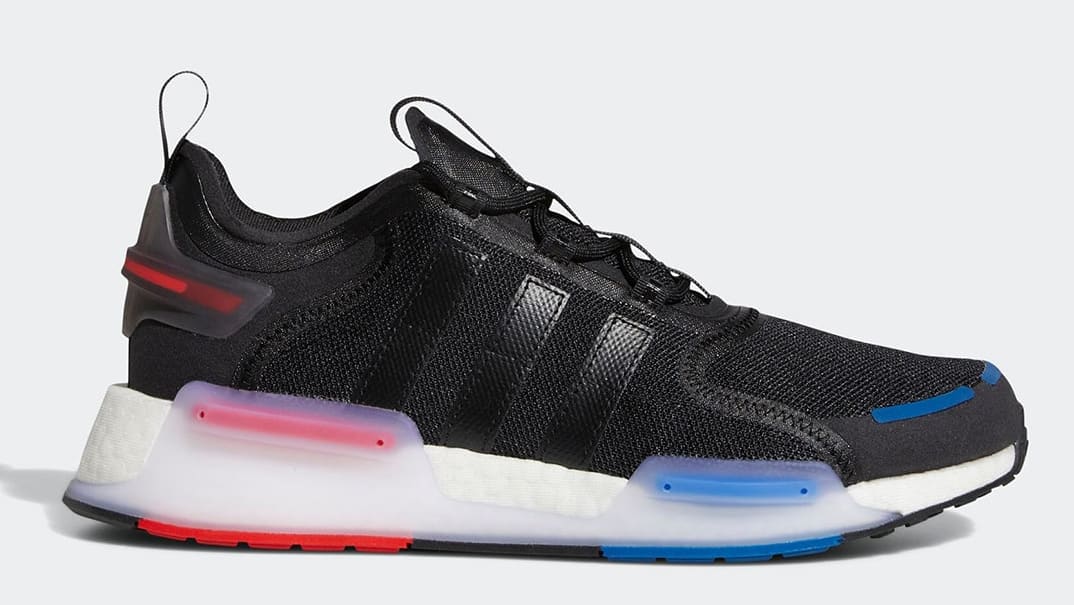 Since it’s debut in 2015, Adidas Originals has designed numerous renditions of its popular Adidas NMD silhouette. Alongside releasing a new NMD_R1 collaboration with Japanese streetwear brand, Neighborhood, The Three Stripes appear to be putting an effort in re-energizing the NMD next year with a new installation in the series, the Adidas NMD V3.

Images of the upcoming sneaker were shared by House of Heat today. Remaining true to its origin, the colorways shown call back to the original “Core Black” NMD_R1 pair that premiered in 2015 and “Vintage White” NMD_R1 pair which later released in 2016. They share features including a similar design language across the upper, colored accents on a Boost midsole, and outsole pattern. Unlike the Primeknit build on its predecessors, this new iteration is comprised of a nylon upper. Additionally, instead of the traditional EVA wedges that highlight the midsole and are used for stability, this new design features a one-piece attachment which wraps around the midsole, while retaining the signature red and blue color accents which also appear across the toe box.

As of now, release details for the “OG” Adidas NMD V3s have yet to be announced by Adidas, but stay tuned with Sole Collector for official updates.