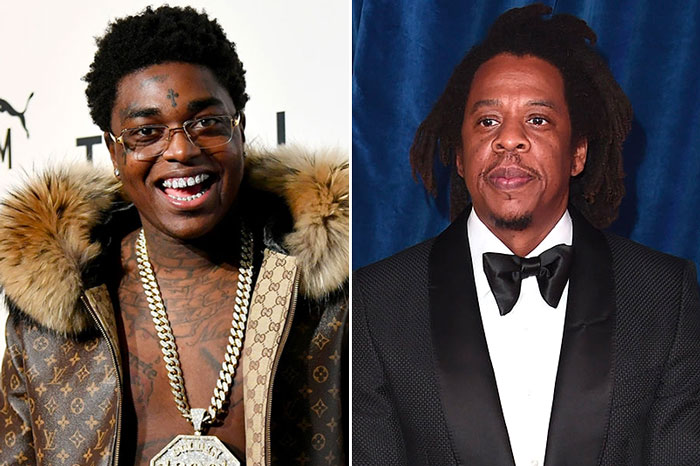 Kodak Black has his eye on a big prize.

On Monday, the “ZEZE” rapper challenged none other than JAY-Z to a Verzuz battle. If Kodak loses, Hov gets 15 percent of his publishing. But if Kodak wins, he wants a job as vice president of Roc Nation.

Many called him out for even insinuating that he could face off against JAY-Z, while some of his fans were quick to celebrate his catalog.

Nah, he tweakin…when will y’all leave JAY-Z alone. People really try to say he’s not the greatest yet everyone is trying to ‘beat’ him. pic.twitter.com/ZM5VoNgNhh

These dam 2000’s babies 😂.. this new generation make good music but they don’t make anything that will be remembered 20hrs from now that’s the difference between him and jay z

Kodak has been known for his controversial opinions. He recently responded after Lil Duval said he was lyrically on the same level as Kendrick Lamar.

But he is not the first artist to set his sights on JAY-Z. Future also seemed to indicate that he could not only go up against Jigga, but also win in a potential Verzuz matchup.

However, the Rock & Roll Hall of Famer has no plans to battle anyone but himself. “Can’t nobody stand on that stage with me. I ain’t gonna lie-no disrespect, everyone’s amazing in what they’ve done. No one can stand on stage with me,” JAY-Z said during a Twitter Spaces chat last month.