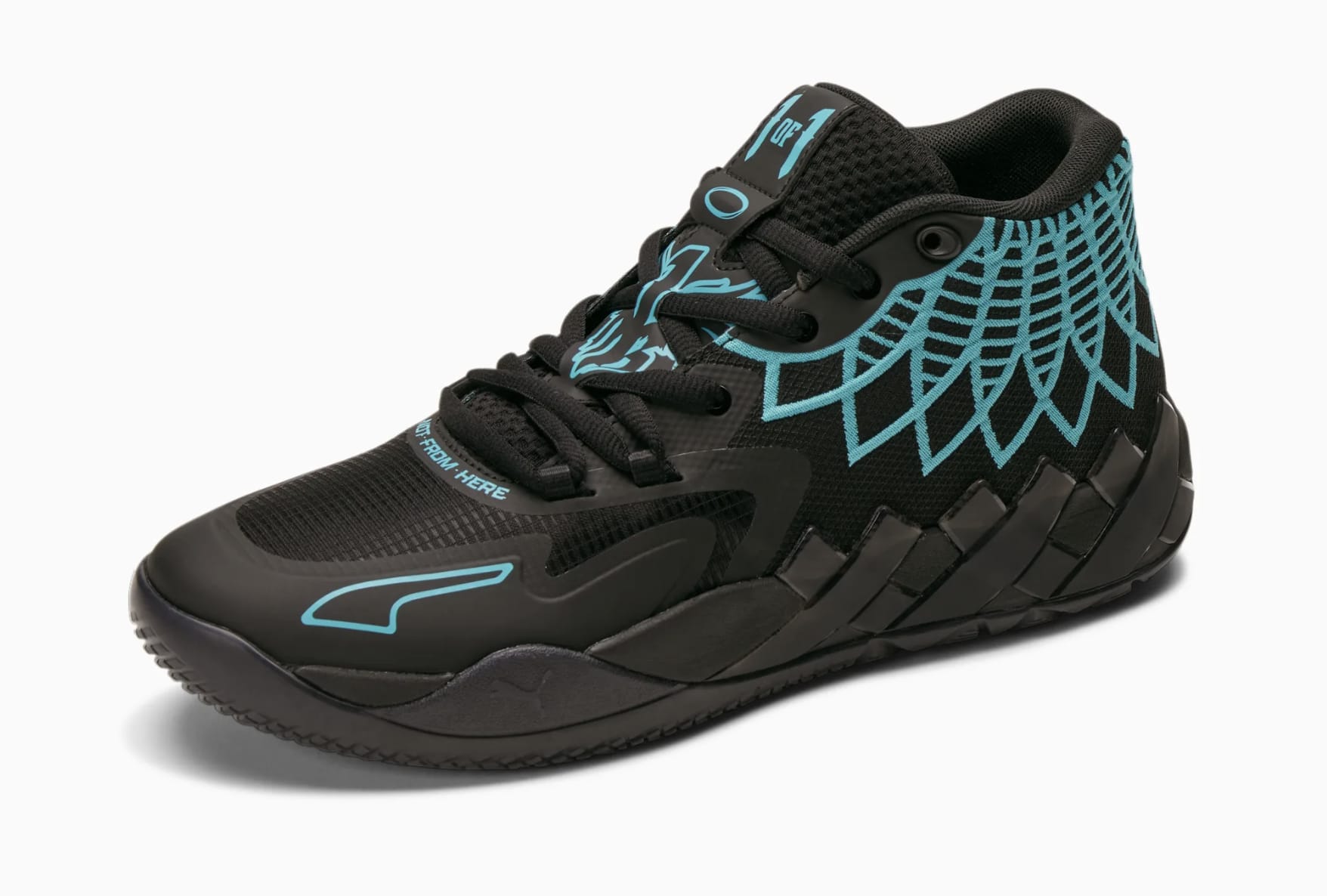 LaMelo Ball just used his appearance at the 2021 NBA Summer League to debut his first signature shoe with Puma.

Ball was spotted wearing the Puma MB1 for the first time yesterday while sitting courtside to watch his Charlotte Hornets squad take on the Portland Trailblazers. Although the tech behind the shoe hasn’t formally been revealed, the first style of the mid-cut silhouette to surface comes in a tonal red color scheme. The shoe also features “1 of 1” and “Not from Here” branding throughout the upper, which were seen on some of their recent teaser images and videos.

Ball signed with Puma back in August of last year and was the first Ball Brother to land an endorsement deal with a sneaker company outside of their family’s Big Baller Brand.

As of now, Ball and Puma have yet to announce the release of the MB1 but keep it locked to Sole Collector for new developments as they become available.

UPDATE (10/12/21): After giving fans a preview at the 2021 NBA Summer League in August, Puma has officially unveiled Ball’s first signature basketball shoe, the MB.01. According to the brand, LaMelo was involved in every step of the shoe’s creation, which is seen through the shoe’s subtle details including the outline of flames running down the collar to represent Melo’s famed rocket ankle tattoo. The shoe features a 3D-printed upper and is paired with the brand’s Nitro Foam midsole for responsiveness and comfort on the court.

“I am excited to officially launch my first signature basketball shoe with PUMA,” Ball said. “It’s crazy to see my vision come to life with the MB.01. The design process was very collaborative, incorporating my style and unique details like the rocket flames. I can’t wait to wear them on court this season.”

The Puma MB.01 will launch sometime in December at Puma.com and at select Puma retailers for $125. Grab a detailed look at the shoe below.

UPDATE (12/08/21): Those who have been awaiting the Puma MB.01 won’t have to wait much longer, as the sneaker will officially drop on Dec. 16 at Puma.com and at Puma retailers for $125. Grab a detailed look at Ball’s signature shoe below.

UPDATE (01/06/22): After debuting in an all-red colorway last month, next up for Ball’s Puma MB.01 is a new Charlotte Hornets-themed “Buzz City” colorway dropping on Feb. 4 at Puma.com and at select Puma retailers for $125.