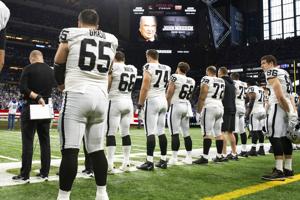 LAS VEGAS (FOX5) — With playoff implications on the line, the National Football League announced Sunday night that the Las Vegas Raiders final home game of the 2021 season against the Los Angeles Chargers on Sunday, January 9, will be played in primetime.

The game at Allegiant Stadium will kick off at 5:20 p.m. and it will air on NBC’s Sunday Night Football. The winner of the game will advance to the playoffs as a wild card. Should the Raiders win, it would be their first playoff appearance since moving to Las Vegas, and their first playoff berth since 2016.

This will be the Raiders’ fourth primetime appearance this season, the third one at home. The Chargers beat the Raiders 28-14 in a Monday Night Football game in Los Angeles on October 4.