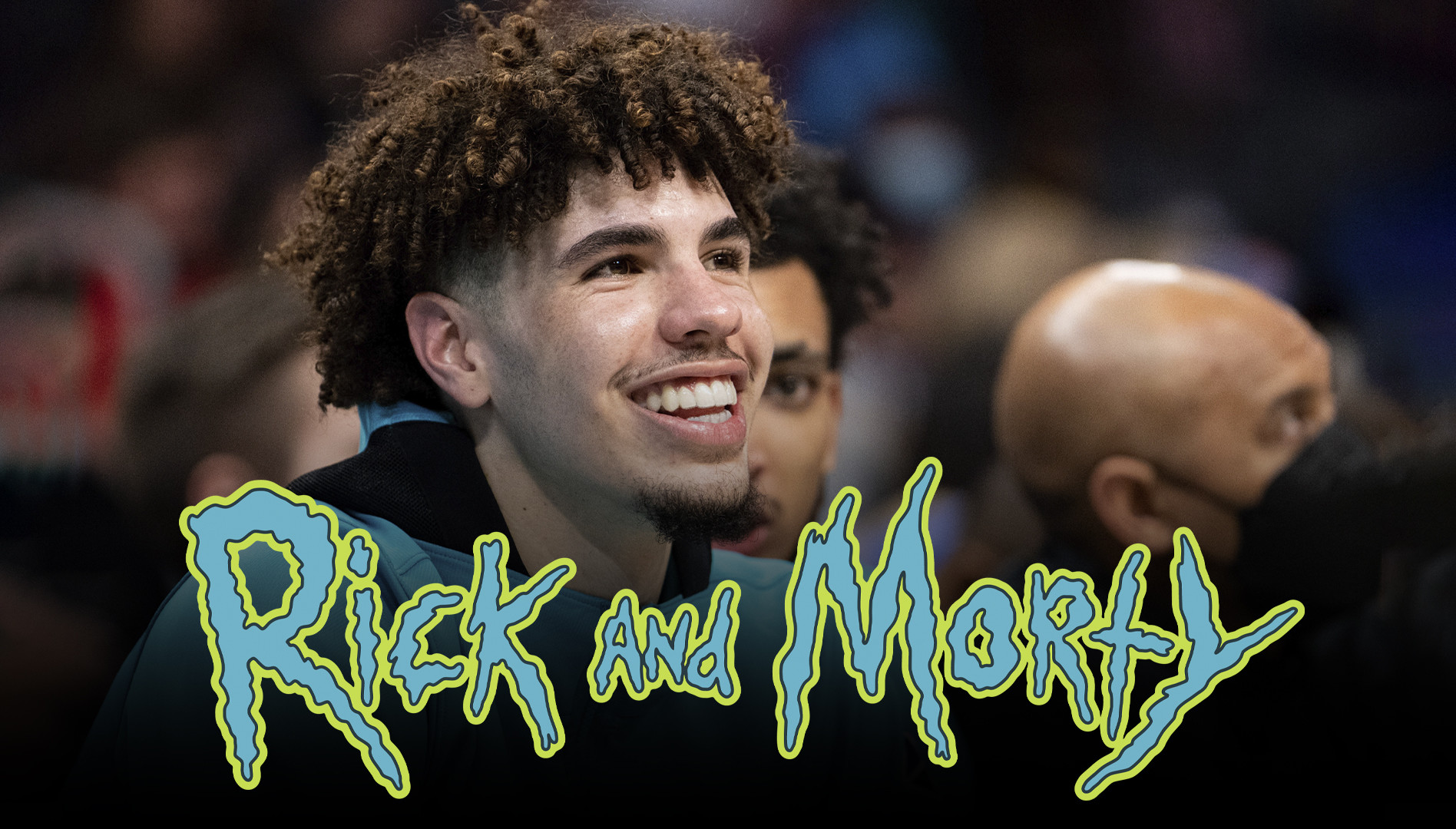 Puma’s well-received LaMelo Ball signature sneaker, the MB.01, is quickly adding new looks to its repertoire. In addition to the Charlotte Hornets-themed “Buzz City” colorway releasing in February, the MB.01 will also be getting the collaboration treatment courtesy of Adult Swim’s animated sitcom Rick and Morty.

Although images of the sneaker aren’t yet available, Ball’s Puma MB.01 signature shoe will release next month in an officially licensed “Jasmine Green/Nrgy Rose” colorway inspired by the popular show.

While the Rick and Morty tie-in is new for Melo’s Pumas, the show has crossed over with the NBA on a handful of occasions including custom footwear worn by players like Karl Anthony-Towns and Jaxson Hayes. Sneaker collaborations aren’t uncharted territory for Rick and Morty, either, as the show previously worked with Diadora for a 2018 collection.

The Rick and Morty x Puma MB.01 is currently slotted for a Feb. 1 release at retailers, although it’s possible that the first of the month is a placeholder date and that the collab will arrive later in February. It’s expected to retail for $125.