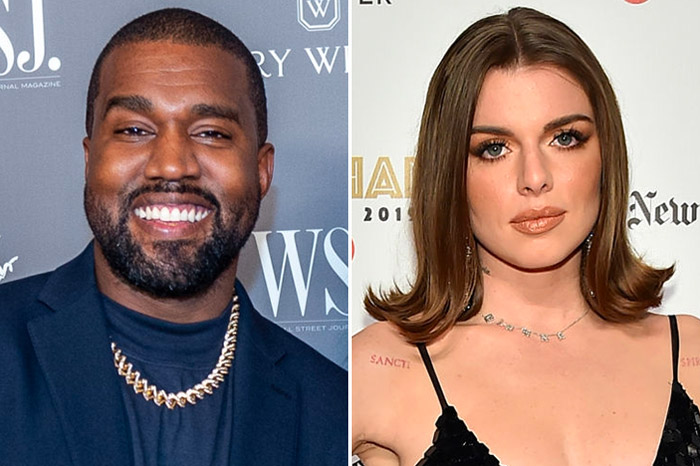 Kanye West and Julia Fox are turning up the heat on their relationship.

The couple wasn’t shy to show PDA during a night out in West Hollywood on Wednesday (Jan. 12). Ye was seen partying with an eclectic group at Delilah including Madonna, Floyd Mayweather, Antonio Brown, and Evan Ross.

Ross shared a black-and-white video of the group vibing out in the restaurant to Drake’s “Come Thru,” while Julia sat with her arm around Ye.

Before getting in the car to leave, the couple shared a kiss on the lips in front of photographers. This is not the first time they have shown PDA. They also shared a series of steamy pics from their NYC date night where they were seen making out on the floor of a hotel suite.

TMZ reports that the Coachella headliner was trying to send a message to his ex Kim Kardashian after she and her new boyfriend Pete Davidson were seen getting cozy on their own date night.

After hitting up Delilah, Ye reportedly got into an argument in downtown L.A. around 3 a.m. According to TMZ, he allegedly pushed someone and the LAPD is investigating the case as a misdemeanor battery, which carries a maximum sentence of six months in jail.

Gunna and Drake Team Up on ‘P power’