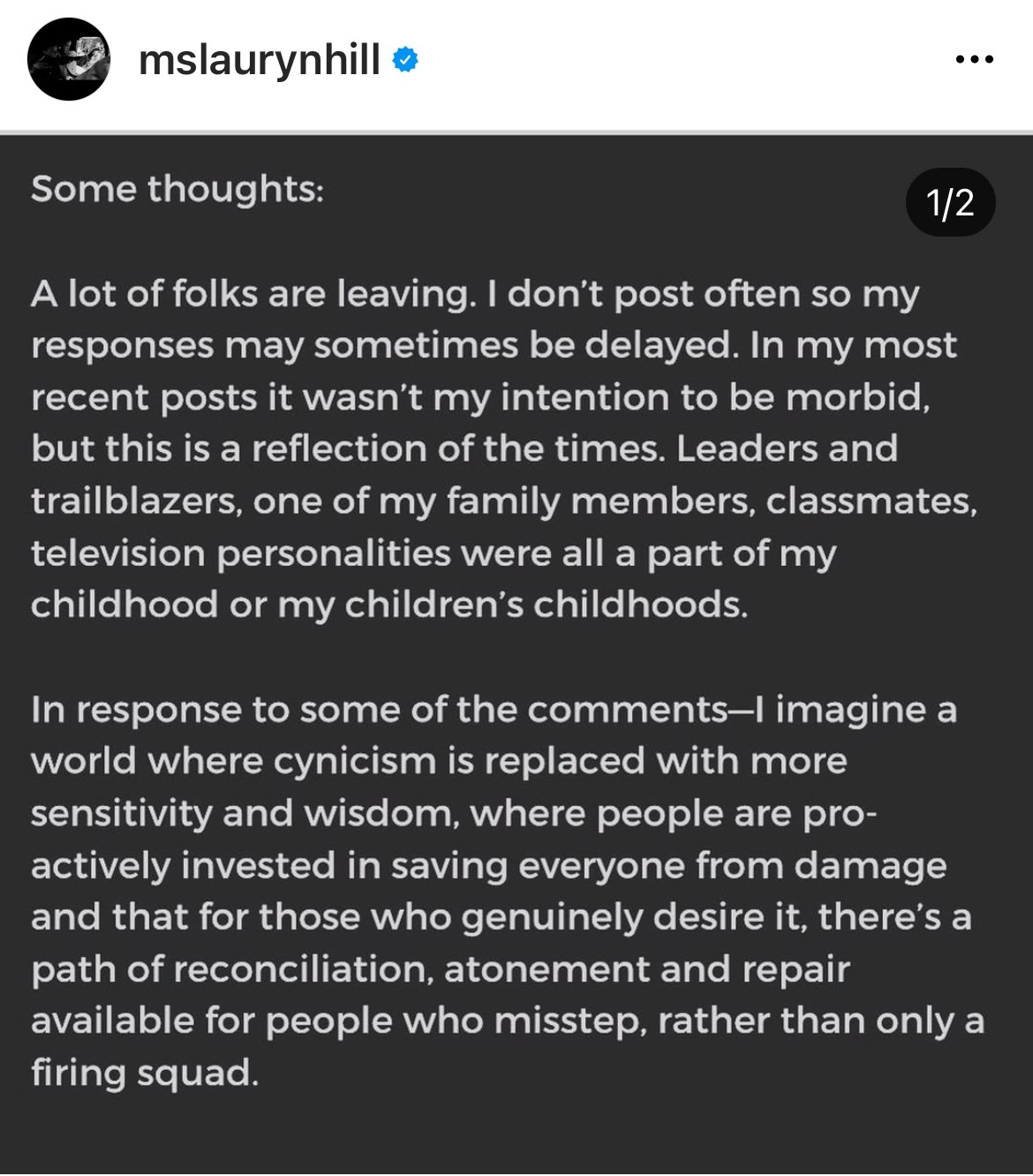 Ms. Hill went to Instagram to give a rare explanation to her 599 followers regarding her last six posts that were all tributes to men and women who have passed away all in a span of a little over a month. With each Rest in Peace tribute post, her followers were commenting with thoughts like ‘ her feed is looking more like the obituary section of the New York Times and that ‘people dying is the only reason why she posts to IG anymore’.  In a statement, that she entitles ‘My Thoughts,’ she goes on to say that although she doesn’t post often, her responses may sometimes be delayed. She explains that a lot of folks are leaving and that she wasn’t trying to be morbid, her posts were and are a reflection of the times, going on to say that losing leaders, trailblazers, family members, television personalities as well as classmates were all a part of her childhood or her children’s childhood. Well, in clear Lauryn Hill fashion, she sets out to educate and offer positive thoughts to the negative comments.  In the statement, she states that ‘she imagine’s a world where cynicism is replaced with more sensitivity and wisdom. That, every moment may not be a party, there are times to rejoice and also times to recognize someone’s passing.  Times to be critical and times to consider the humanity of people and offer condolences to the families and communities who are suffering loss.  Yes, we heard every word, Ms. Hill.  See her entire statement below,