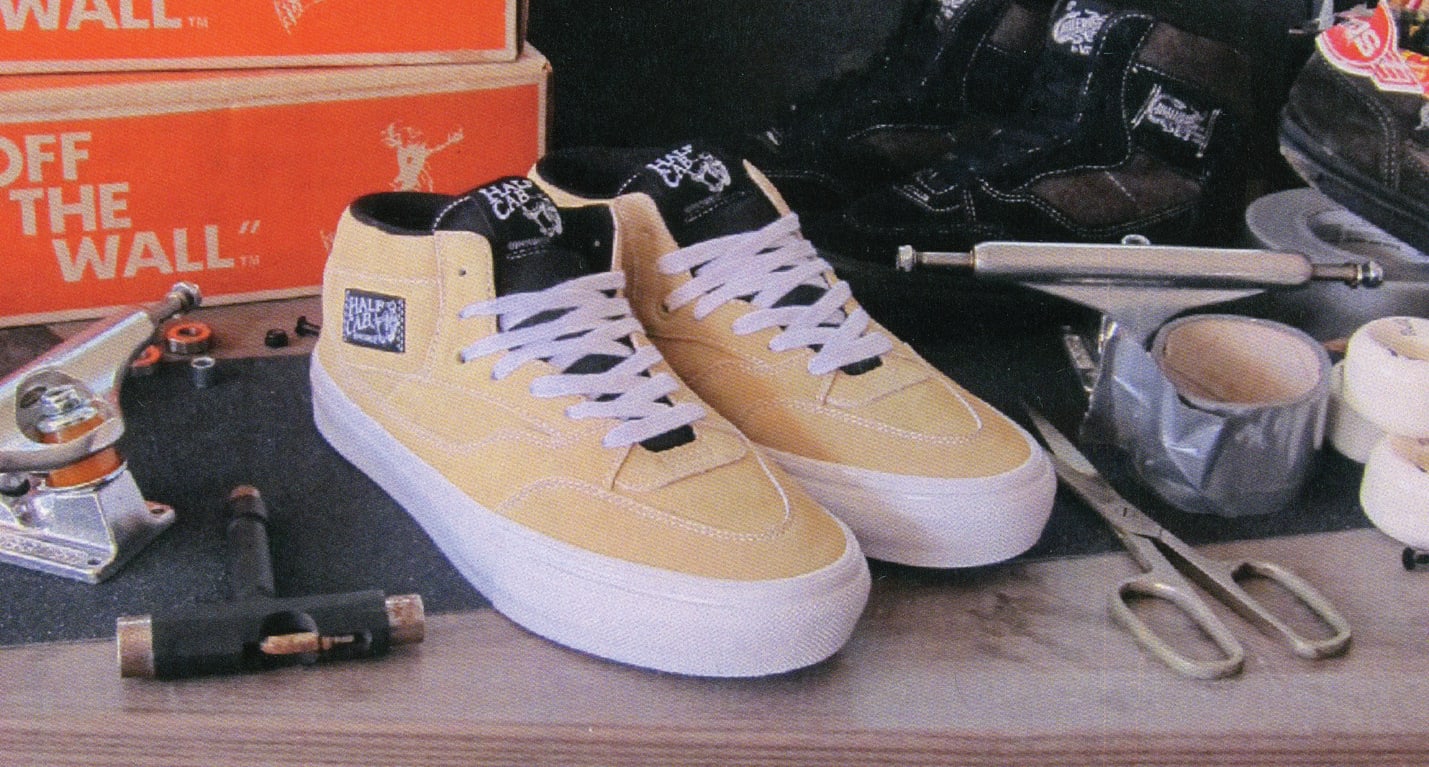 It’s been three decades since Vans launched the Half Cab, a mid-top variation of Steve Caballero’s 1989 pro shoe inspired by the DIY spirit of skaters. Prior to the Half Cab’s official release in 1992, skateboarders would take the Caballero pro shoe (later nicknamed the “Full Cab”), cut away its high-top ankle paneling, and duct tape the exposed seam to achieve the fit they wanted.

As the storied sneaker enters its 30th year, Vans is celebrating in a big way with a full year of special releases. The anniversary celebration is already underway with two colorways of the Vans Skate Half Cab ‘92 available now.

Available in navy and taupe, the Skate Half Cab ‘92 reworks the retro sneaker to make it more suited for skateboarding today. The good news is that the changes are mostly non-cosmetic, meaning the shoe retains its classic look. Notable changes are the separation of the toe cap and ollie patch, which Vans added to give the Half Cab a more modern look. There’s also a new finish on the sidewall and a checkerboard hit on the heel.

The navy and taupe Vans Skate Half Cab ‘92s are available now from vans.com for a retail price of $75 each. Readers can expect more Half Cab 30th anniversary releases throughout 2022.