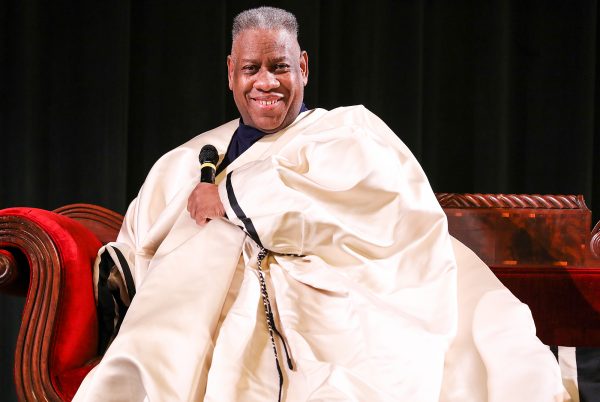 Fashion legend André Leon Talley has died after battling an unknown illness in a New York hospital. The former Vogue Creative Director who was 73-years-old recently spoke about how he loved almost every moment of working the fashion industry.

According to GQ, his cause of death was a heart attack but a longtime friend said he passed away of COVID complications and had underlying health issues related to his weight.

A Statement released late Tuesday on his Instagram confirmed.

“It is with profound regret that we announce André Leon Talley’s passing on January 18, 2022, in New York.”

“Mr. Talley was Vogue’s larger-than-life creative director throughout the magazine’s climb to prominence as the world’s fashion bible..”

Talley was often considered a trailblazer and prominent voice for advocating for diversity in the global fashion industry. Frequently seen in giant, flowing robes, the beloved ‘Godfather of Fashion’ was a true force to be reckoned with.

Talley first joined Vogue back in 1983 as the magazine’s fashion news director, and then became its first African-American male creative director from 1988 to 1995, working very closely with the magazine’s editor-in chief Anna Wintour.

In 2020, He released a memoir about his life, titled The Chiffon Trenches. The book details his life from being a kid in North Carolina, to covering the biggest fashion trends in New York and around the world.

He held many jobs in the fashion industry over the years, including being a judge on the reality show, Top Model.

Talley was behind the introduction of former First Lady Michelle Obama to Taiwanese-Canadian designer Jason Wu. In which, that meeting led to her floor-length dress for the Presidential inauguration of her husband and 44th President of the united States, Barack Obama.

Vogue has yet to issue a statement about the passing of André Leon Talley.

We send our deepest condolences to his family and friends at this time. May he rest in peace.