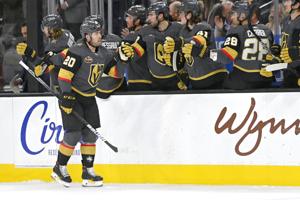 Multiple games during the holiday week in 2020, from Dec. 23 to Dec. 27, were postponed due to the COVID-19 pandemic and a surge in cases. Some games were rescheduled to the February Olympic break, as the NHL has decided to abstain from participating in the Olympics.

“We are profoundly grateful to our fans for their support and understanding during a challenging time and to our Clubs, the NHL Players’ Association and the Players for their cooperation in a rescheduling of unprecedented logistical complexity,” said NHL Deputy Commissioner Bill Daly.

The following games for the Golden Knights have been rescheduled:

All ticketholders for the rescheduled Dec. 23-27 games will receive an email regarding their tickets within 24 hours.