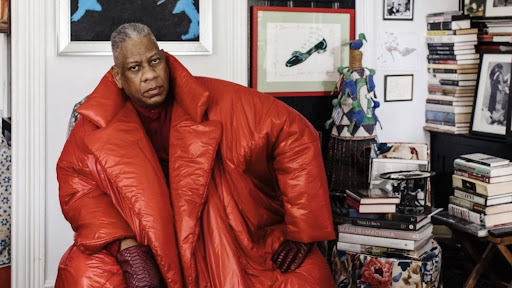 Fashion icon and legend who served as Vogue’s creative director and editor at large dies at age 73 on Tuesday, at White Plains, Hospital.

As an African American man Talley, was a singular force and trailblazer in the fashion industry as the first African American Creative director of Vogue in 1987.  Joining Vogue in 1983 as the magazine’s fashion news direction quickly rose to creative direction holding the position until 1995 rejoining the magazine in 1998 as Editor at Large writing the monthly column ‘Style Fax.’ He stayed in this role until his final departure from Vogue in 2013. In May 2020 he released a memoir about his life and career chronicling his life from his grandmother’s home in Durham, North Carolina to the front frows of Fashion. “I may have been the only black person sitting in the front row, but Blackness was before me in great counts of beauty,” Talley told Cady Lang writer for Time Magazine.  “There was always Blackness somewhere in the fashion world, so I never felt alone.” Talley’s Cause of death is unknown at this time and was confirmed by his friend Darren Walker, the president of the Ford Foundation who referred to him as a ‘creative genius.’  Tributes for Talley have flooded social media from celebs and the fashion industry since the news broke. We will continue to send prayers to his family and friends. Rest In Peace King.