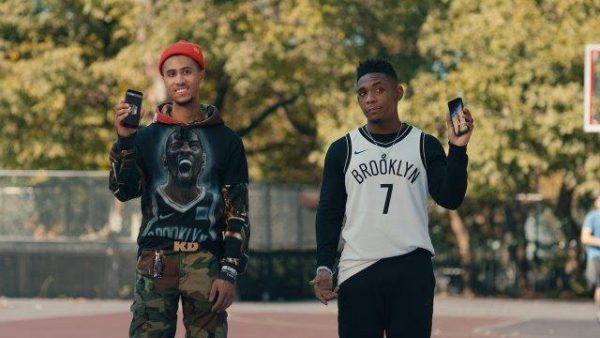 The campaign will kick off with a series of:10,:30, and:90 spots that encapsulate the thrill of NBA Top Shot by highlighting what occurs when superfans get into a joyful yet heated discussion about their Top Shot Moments and run into KD himself. The commercials, which were created by Party Land LA, will air on connected TV, social media, and digital platforms across North America until July 2022.

Durant and his media network Boardroom, which he co-owns with his manager, entrepreneur Rich Kleiman, signed a two-year cooperation arrangement with NBA Top Shot. The ad is based on the premise that NBA Top Shot opens up a whole new universe for NBA fans to level up their support for their favorite teams and players.

Two KD superfans are shown gathering on an outdoor NYC basketball court and one-upping each other on their KD fandom in the commercials. The next flurry of back-and-forth begins with comparisons of KD jerseys and shoes – even a vial of KD’s sock sweat – and quickly escalates to collectible NFTs of KD’s top game moments on Top Shot. KD completes the scene by entering the court in street clothes and greeting the super fans as they compete for his attention.

The campaign will next kick into high gear with the introduction of Kevin Durant’s first-ever “KD Starter Pack,” which will assist NBA fans in getting started with Top Shot. These boxes are extra unique because they feature a complimentary Top Shot Moment from Top Shot’s Series 3 Base Set, which is certain to be a coveted Kevin Durant Moment.