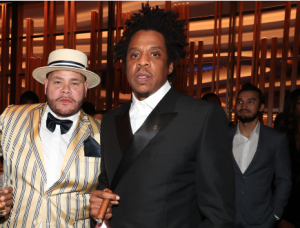 In an exclusive interview on the I Am Athlete podcast, Bronx rap legend Fat Joe and the hosts of the show discuss the importance of having a strong support system in order to achieve success. Joe uses a bar from Jay-Z’s “Feelin’ It”, a hit song from his Reasonable Doubt debut, to prove that exact point, rapping, “If every n***a in your clique is rich, your clique is rugged/Nobody will fall ‘cause everyone will be each other’s crutches…”

The post [WATCH] Fat Joe: Jay-Z’s “Feelin’ It” Has The “Hardest Lyric In Hip Hop” appeared first on The Source.