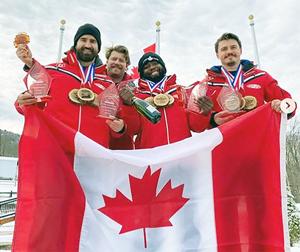 He will serve as one two alternates for Team Canada’s bobsleigh team. They will compete on Feb. 13 through 15 and 18 through 20.

Murray-Lawrence, affectionately known as Shaq-Mu, went on from UNLV to play in the Canadian Football League after his final season in 2014.

He is one of two former Rebels competing in the Beijing Olympics. The other is Kayla Love, a track and field alum selected to the U.S. Women’s bobsled roster.