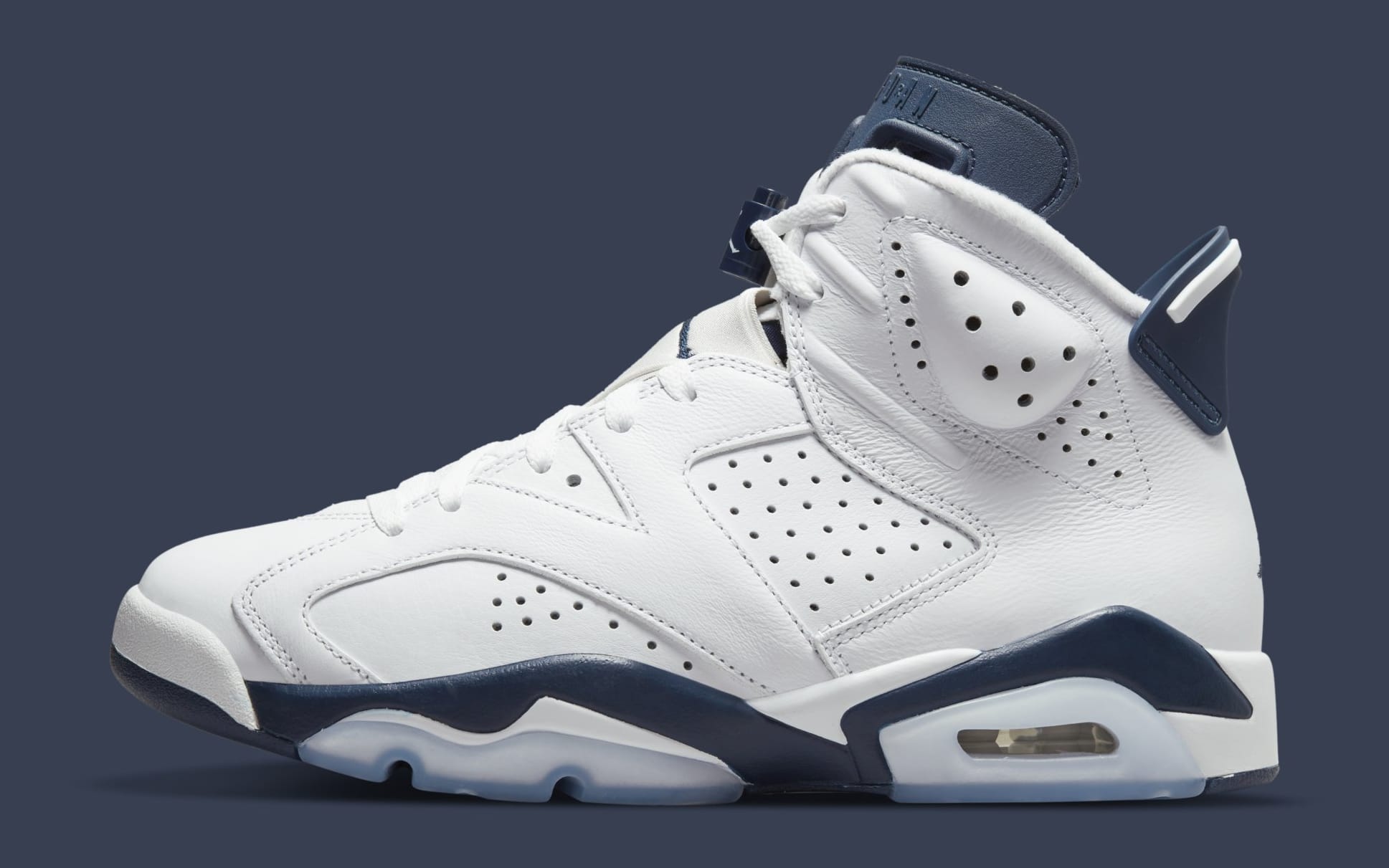 One of the earlier Air Jordan retros, the “Midnight Navy” Air Jordan 6 debuted in October 2000, when colorways that weren’t original were labeled Retro +. This variation has been absent from retail for more than 20 years, but appears to be in line for a 2021 comeback.

ZSneakerheadz reports that the “Midnight Navy” Jordan 6 is on the launch calendar for Holiday 2021. Blocked like original colorways such as “White Infrared,” “Sport Blue” and “Maroon,” the shoe features white leather construction, contrasted by hits of navy blue on the tongue, rear pull tab, lace locks and detailing along the midsole and outsole. It’s not known whether this year’s retro will feature the Jumpman or ‘Nike Air’ on the heel.

It figures to be a strong year for the Jordan 6, with a “Bordeaux” colorway on the way, as well as Travis Scott’s “British Khaki” collaboration. There’s not an announced release date for the “Midnight Navy” pair yet, but we’ll keep you updated moving forward.

UPDATE (10/14/21): It appears that fans will have to wait longer before they can get their hands on the rerelease of the “Midnight Navy” Air Jordan 6. According to @zSneakerheadz, the popular Jordan 6 retro could now hit shelves in March 2022 instead of the initial Nov. 26 release date. Stay tuned to Sole Collector for official updates in the weeks ahead.

UPDATE (11/10/21): An official look at the “Midnight Navy” Air Jordan 6 has emerged ahead of the shoe’s rumored March 2022 release date. Grab a detailed look below.

UPDATE (01/24/22): Initially rumored to drop in March, @zSneakerheadz is now reporting that this year’s “Midnight Navy” Air Jordan 6 is now expected to release on May 25.