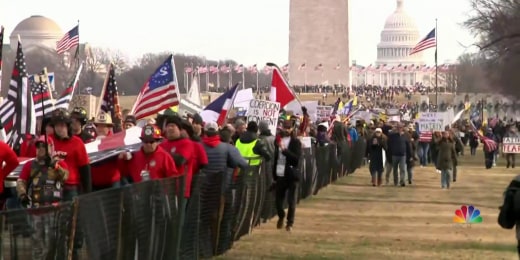 Thousands of anti-vaccination demonstrators from throughout the country gathered in the nation’s capital on Sunday for a march against vaccine mandates, including some of the anti-vaccination movement’s biggest leaders.

The Washington Post reports the gathering occurred at the National Mall, bringing unmasked protestors together in a city that has mask and vaccine mandates in an attempt to curb the surge of the omicron variant.

Original estimates expected 20,000 protestors to march from the Washington Monument to the Lincoln Memorial. A smaller crowd showed up, described as White men and shouting Donald Trump slogans. There was also the presence of The Proud Boys who shouted with counterprotesters. Signs read “I have natural immunity” and other slogans. No arrests or significant issues were reported.