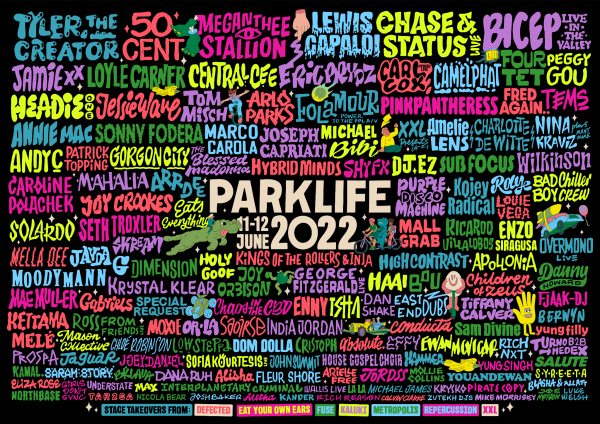 The UK’s largest metropolitan festival, Parklife, will return to its traditional June weekend to kick off the summer festival season. Tyler, The Creator makes his long-awaited UK headline debut, with the legendary 50 Cent, who will perform at Heaton Park exclusively for the UK festival. Megan Thee Stallion, the game-changing Megan Thee Stallion, and chart-topping Lewis Capaldi round out the lineup. Bicep will perform their critically acclaimed live show in The Valley for the first time. The live comeback of Chase & Status, who will offer their largest festival show ever to summer 2022, is also not to be missed.

This year, Parklife welcomes several brand new stage partners to Heaton Park, including Defected, underground giants Fuse, techno heavyweights XXL, and tastemakers Eat Your Own Ears and Repercussion for the first time. BBC Radio 1Xtra will be on hand to bring listeners all the action from this year’s festival, while BBC Radio 1 will be on hand with special sets broadcast throughout the station’s Dance programs, which will be new for 2022.

Pre-registration and signups have been met with unprecedented demand following the record-breaking sell-out of Parklife 2021, and Parklife has had to close registrations before the final Parklife 2022 tickets go on sale. Those who have signed up will have access to the Parklife 2022 Presale, which will begin at 10 a.m. on Wednesday, January 26th. Any remaining festival tickets will go on general sale on Thursday, January 27th at 10 a.m., and will be available at: https://parklife.uk.com/