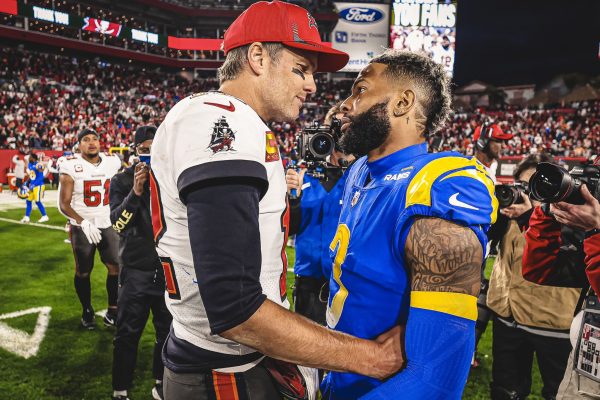 Two No. 1 seeds were taken out in the divisional round, the first time that’s happened since 2010. All four teams that won earned the victory in walk-off fashion. All four games had short-term and long-term ramifications for the league. Here are some reasons why the 2022 divisional round will be remembered for years to come.

Brady has done it all and literally gave his all after the Tampa Bay Buccaneers were down 27-3. Brady rallied his team back to tie the game with 40 seconds left, only to see Mathew Stafford and the Los Angeles Rams kick the winning field goal as time expired. Brady is now 45 and a season removed from his 7th Super Bowl. Now might be the best time to walk away as the Bucs will have some serious roster issues to address down the road.

Rodgers became the first quarterback to lose four times to a single opponent in the postseason. This was the first home loss by the Packers this season and it tied the fewest points scored by a Packers team at home. The Packers finished the season with the best record and the league’s MVP. With tension brewing between Rodgers and the Packers organization, it might be the best time for Rodgers to take his talents somewhere.

Changing Of The Guard

Patrick Mahomes, Josh Allen, and Joe Burrow put each other on notice, as well as the rest of the NFL. Mahomes is already a Super Bowl champion and is heading to his fourth straight AFC Championship game in his fourth season. Allen continues to put up video game numbers and has made the playoffs each of his first three seasons in the league. Add Burrow, who is in his second year in the league is playing in his first AFC championship game next week, these three quarterbacks are all under 27 years old. With Brady and Rodgers on their way out, the future of the league is very bright with these young guns around.