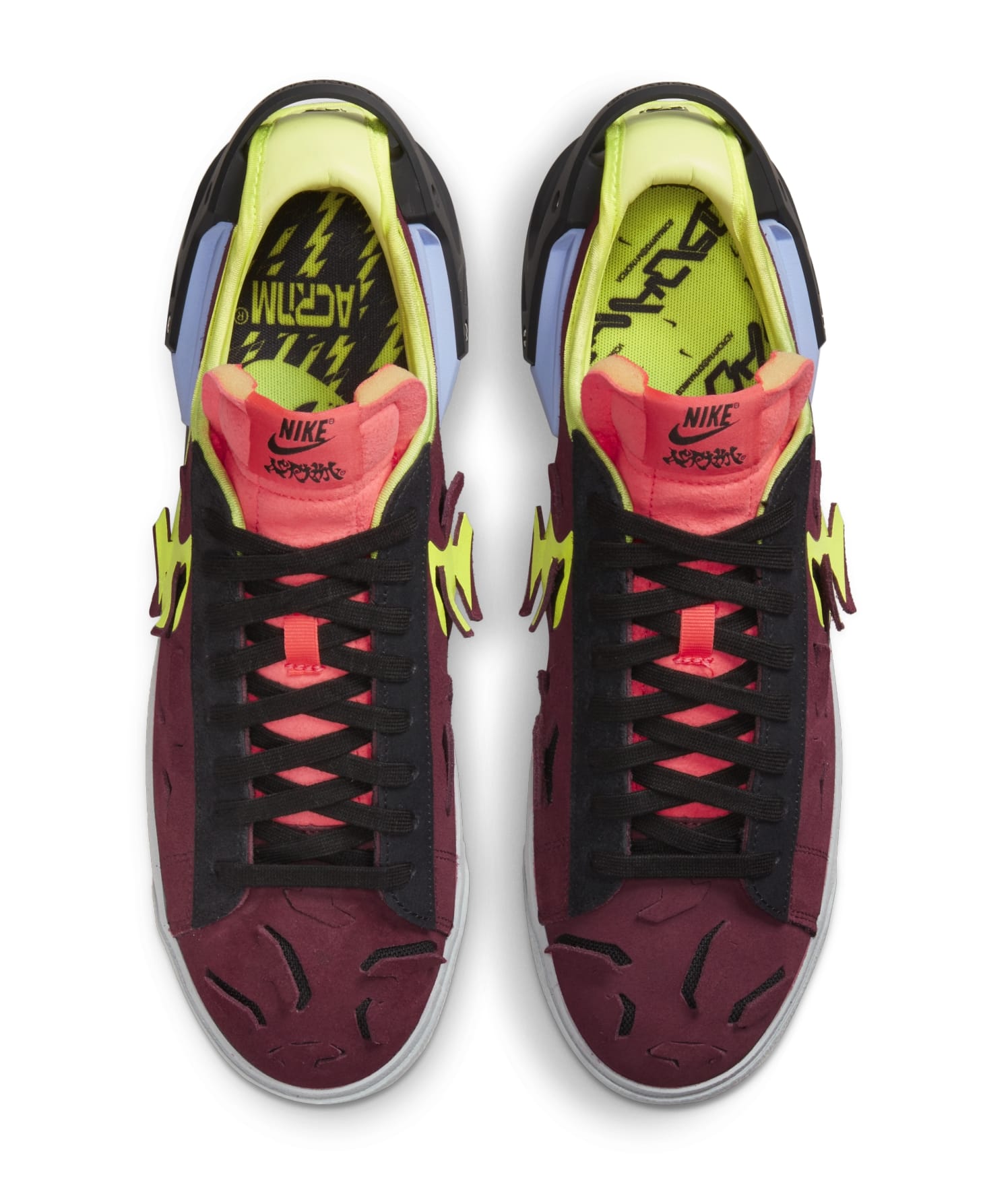 Known for taking outlandish approaches to collaborations, ACRONYM will soon return with another Nike project, this time tackling the timeless Blazer Low.

Previewed by label co-founder Errolson Hugh, the ACRONYM x Nike Blazer Low is a complete disruption of the original. Features include a pre-distressed black canvas upper and an exaggerated heel counter that is literally locked in with screws.

Earlier this year, Py Leaks first reported the ACRONYM Blazer Lows, with an expected Fall 2021 launch for $120 a pair. A second version in “Night Maroon” is also expected to release. As of now, official details have not yet been announced by Nike or ACRONYM.

UPDATE (01/29): Thanks to US_11 on Twitter, we now have an official look at the upcoming Acronym x Nike Blazer Low collabs. There’s currently no official release available for the shoes but we’ll keep you updated if anything changes.