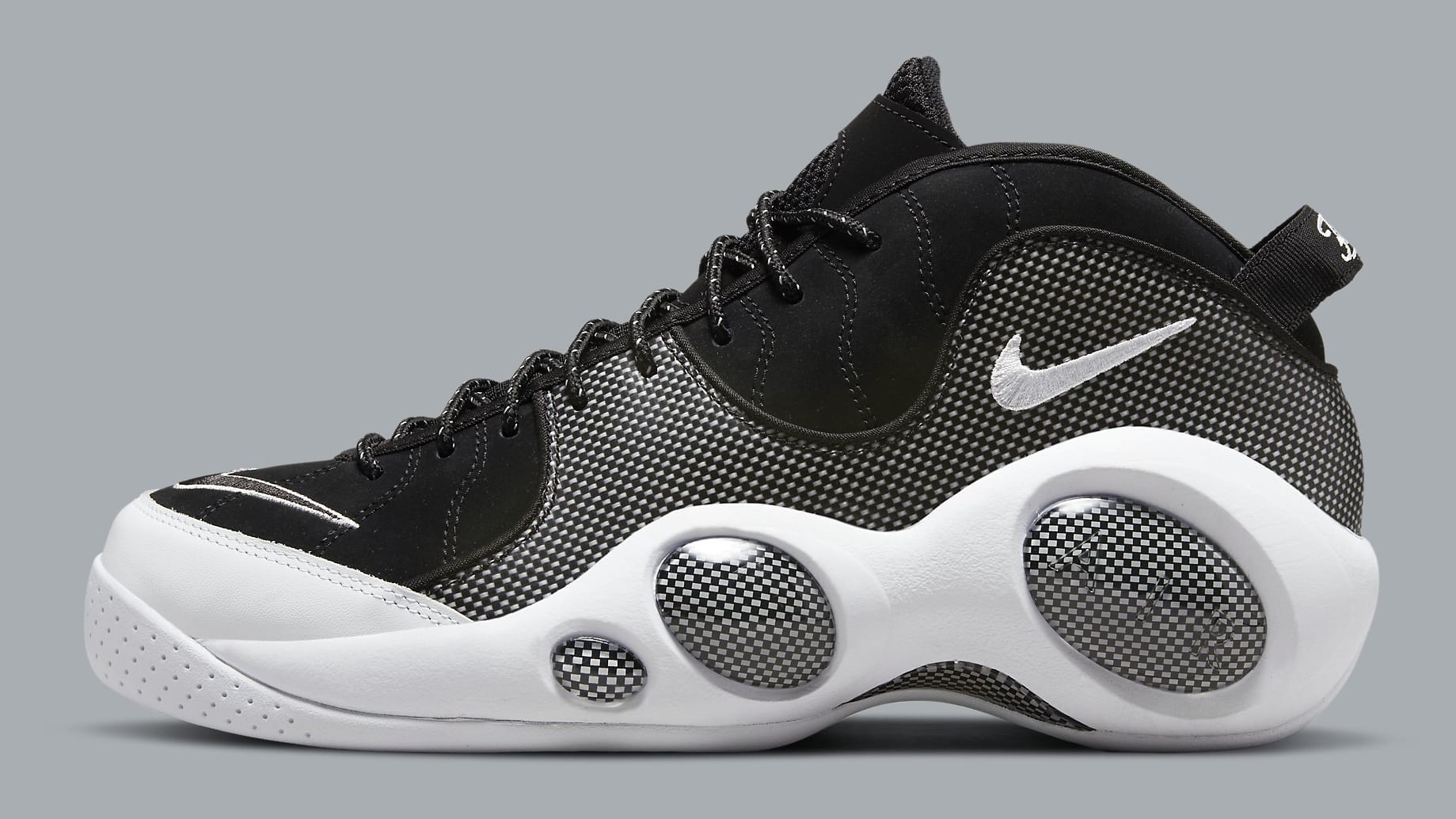 The mid-90s are often referred to as a “Golden Era” for sneakers, much because of sneakers like the Nike Air Zoom Flight 95. While not a proper signature model, the Zoom Flight 95 was mostly aligned with Jason Kidd, the co-Rookie of the Year point guard for the Dallas Mavericks. The shoe’s standout feature was a generous application of visible carbon fiber detailing, including bubble-shaped cutouts along the midsole. Over the years, the Zoom Flight 95 has held steady as a classic delivery, and with Kidd back in Dallas as head coach, it’s only right that his Nikes return as well.

Up first, the original “Black Metallic” colorway, which wasn’t Kidd’s go-to pair on the court, but was a fixture in the streets and school hallways. Wavy black nubuck is the backdrop for contrasting carbon fiber overlays and a large outlined Swoosh on the toe. All of that was offset by a solid white leather toe overlay and white rubber sole.

Nike has not yet announced the Zoom Flight 95’s official release date, but we’ll update you with that news when it hits.