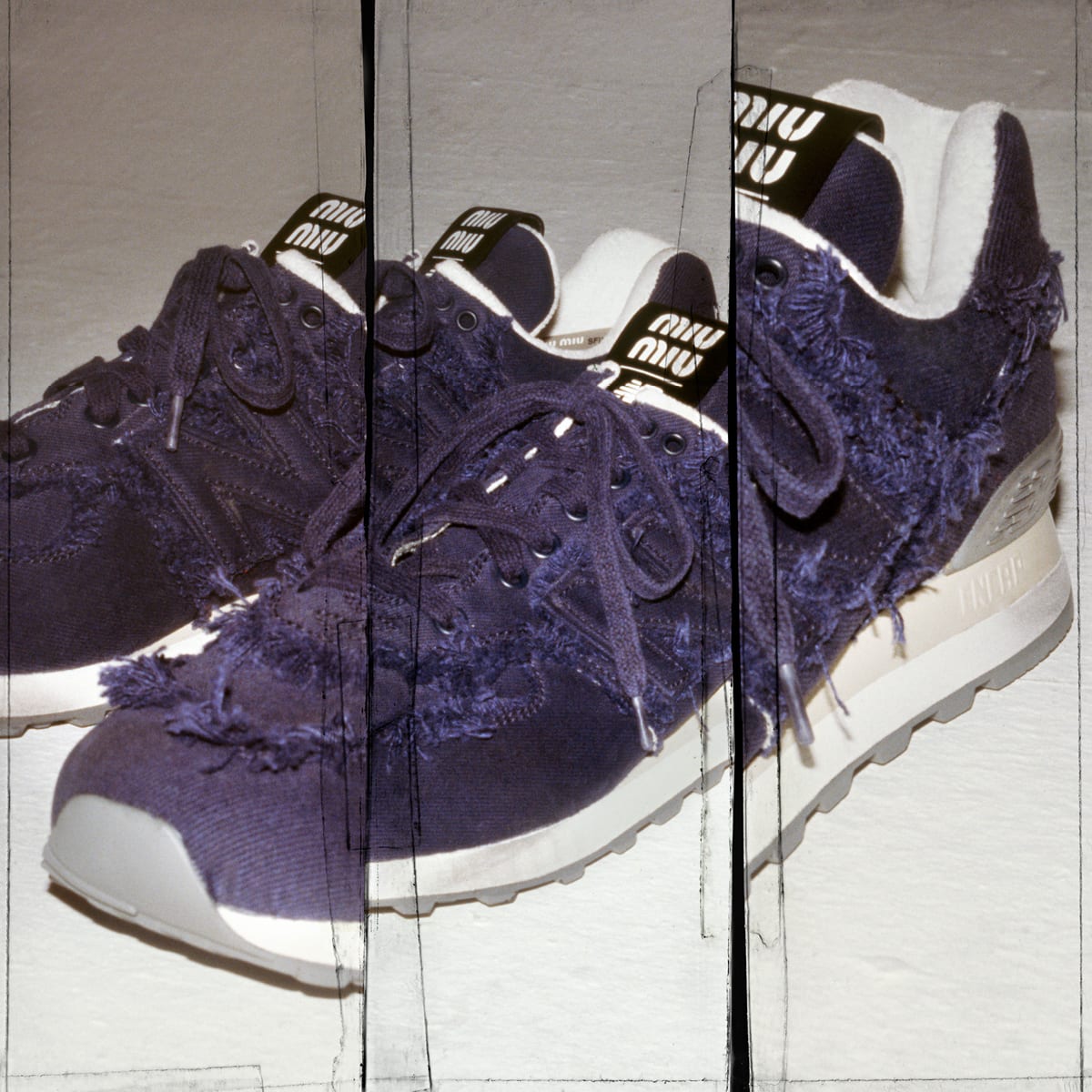 After giving fans a preview at its Spring/Summer 2022 runway show in October, Miu Miu’s New Balance 574 collab has finally been released.

The collaborative effort from the Miuccia Prada-helmed label and the Boston-based sportswear company includes three tonal iterations of the New Balance 574 sneaker including in blue, khaki and white. Unlike standard 574 styles, this set of sneakers is crafted in Italy and features raw-cut denim panels throughout the entirety of the upper and co-branded details on the tongue. Rounding out the looks are the two-tone Encap midsole and a gum rubber outsole for the khaki and white makeup while the blue pair gets a grey outsole.

All three colorways of the Miu Miu x New Balance 574 collab are available now at Miumiu.com and at Miu Miu stores globally. Each pair comes with a $695 price tag.