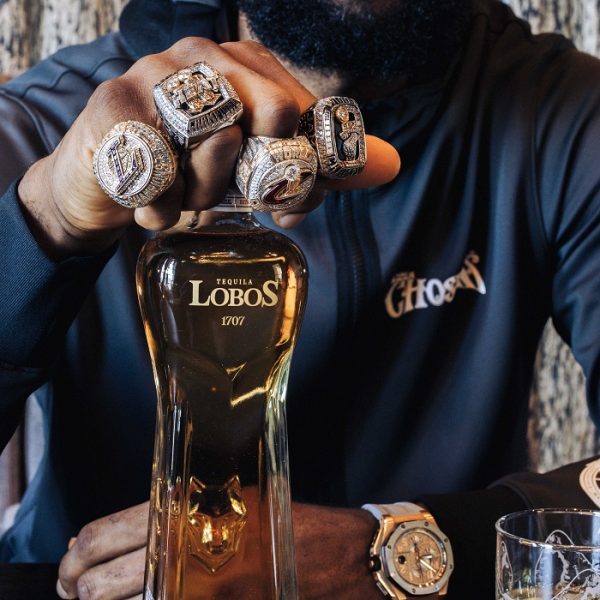 King of the hardwood, LeBron James, is flexing what his years of hard work brought him – four championship rings. In celebration of the new bottle for his Lobos 1707 brand of tequila, King James put on all four of his championship rings together for the first time.

“It’s all about the pack!! We here and we ain’t going nowhere!” King James wrote on the picture of him holding the new bottle.

You can see the rings below.