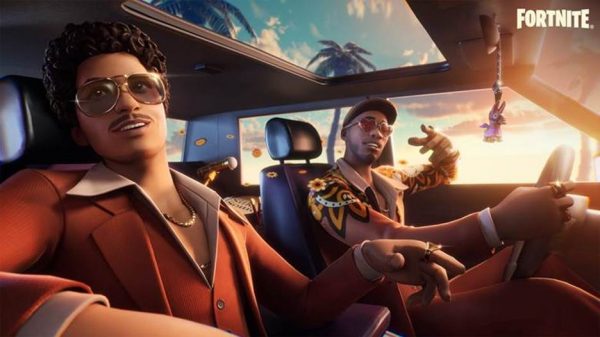 The Grammy Award-nominated duo have officially joined ‘Fortnite’ as playable characters. According to reports, the “Silk Sonic Set” features both Bruno Mars and Anderson. Paak with a number of outfits for players to choose from.

Additionally, players will get access to an exclusive in-game radio station called “Icon Radio” hosted by Bootsy Collins where they can listen to “An Evening With Silk Sonic” while driving around in vehicles.

The “Silk Sonic Set” will be available beginning February 10th.