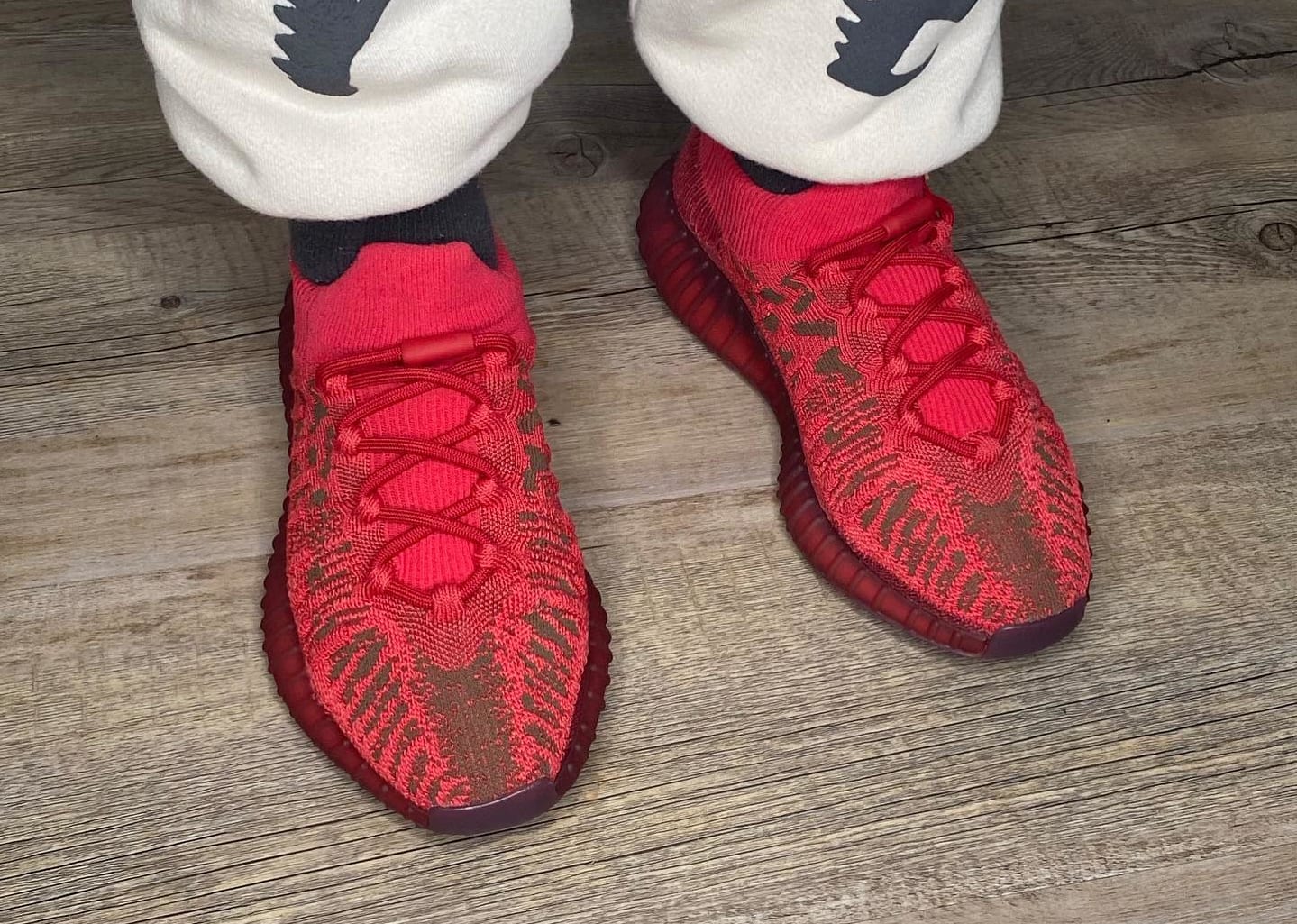 It appears that the “Vermillion” Foam Runner won’t be the only all-red Adidas Yeezy shoe releasing soon. There’s also word that the newly revealed Yeezy Boost 350 V2 CMPCT is also getting a mostly red look.

Per Yeezy Mafia, the “Slate Red” Adidas Yeezy Boost 350 V2 CMPCT will hit shelves early next year. Based on the mock-up depiction shared by the Yeezy insider, this new makeup features a predominantly red knit upper paired with sandy brown accents applied to the midfoot. Differentiating this pair from the recently leaked “Slate Blue” colorway is the red hue covering the full-length Boost midsole.

According to Yeezy Mafia, this “Slate Red” colorway of the Adidas Yeezy Boost 350 V2 CMPCT will hit shelves in February 2022 for a retail price of $220. We’ll continue to follow up on this story with new information and the first look as they’re revealed.

UPDATE (02/05): Thanks to @Jadagreat38 on Instagram, we now have a detailed look at the forthcoming “Slate Red” Yeezy Boost 350 V2 CMPCT. As of now, the new style is slated to hit shelves sometime this month but official release details have not yet been announced by the brand.