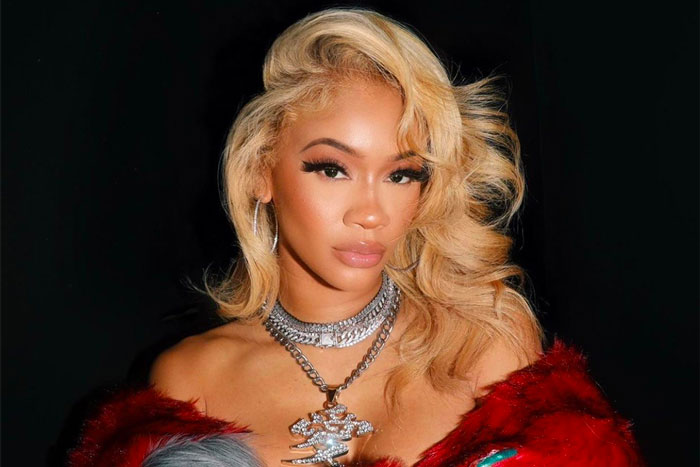 Saweetie may have found herself a Valentine.

With Valentine’s Day around the corner, the Grammy-nominated rapper is sparking romance rumors after she shared a photo of herself kissing a mystery man on the forehead. The sultry pic was captioned with a love letter emoji.

Social media was in a frenzy as fans tried to identify her male companion, with some guesses including “Snowfall” actor Damson Idris, “Power Book II: Ghost” star Woody McClain, and even YG.

Lemme guess… This for a music video? Lol

Last year, Saweetie was linked to Lil Baby after he reportedly dropped $100,000 on her during a shopping spree in NYC. Prior to that, she famously dated Quavo before the two called it quits in early 2021.

It’s unclear if Saweetie is actually in a new relationship or if it’s just a promo for an upcoming video. On Friday, she is set to release her new single “Closer” featuring H.E.R., which could appear on her long-awaited debut album Pretty Bitch Music.

Kodak Black Announces New Album ‘Back for Everything’