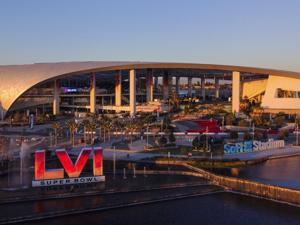 Super Bowl weekend, Alvarez said not all the officers are activated like they do for New Year’s Eve, but they do have officers and K9 teams in downtown Las Vegas and other areas ready to step in when need. They have K9 teams that are designed to sniff casino/resort explosives and firearms.

“We’re used for a backup support so when the existing security operation doesn’t have the bodies to deal with something, we’re there for additional visibility,” Alvarez said.

The former police officer from Florida said his team can support police by responding to non-emergency calls during a busy weekend like this while law enforcement can respond to more serious calls.

“So we are definitely starting the preparations as of now. We’re speaking with the existing clients and potential clients that we have that will be contracted throughout that timeframe,” Alvarez said.

Currently, Protective Force International has a team of 200 security officers. Alvarez said now more than ever is an important time to step up and assist law enforcement.

“Because of these staffing issues and what they call a great resignation, we now have to step that much more up to hire qualified and trained these security officers to not necessarily take the place of law enforcement, but to be the support when they may not have the numbers,” Alvarez said.