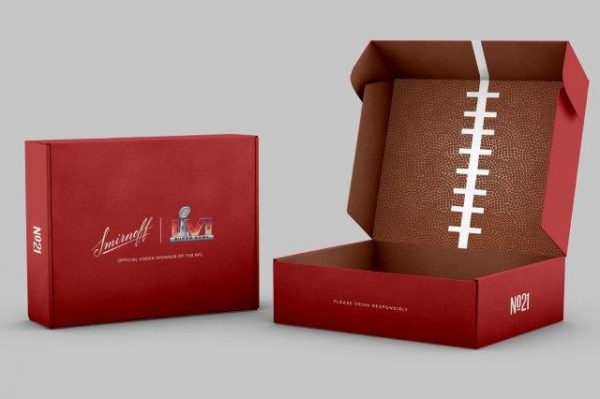 According to a recent independent survey conducted by the world’s most popular vodka brand, 2% of football fans would be unable to watch the Super Bowl. Smirnoff, one of the first-ever Official Vodka Sponsors of the National Football League (NFL), will provide an exclusive invite-only Super Bowl experience unlike any other, even if it means traveling to the frigid tundra of the Last Frontier, as part of its pledge to leave no football fan behind.

A bunch of hard-working, NFL football-loving, ice road trucking, gold miners who live 100 miles north of Anchorage, Alaska, do not have access to The Big Game due to their isolated location. Smirnoff will be ready at their snow-covered base camp on Super Bowl LVI Sunday to throw the most amazing Super Bowl LVI watch party. To add to the excitement, NFL star Vernon Davis surprised the miners in the days leading up to the game with a super-sized, virtual invitation to the party.

“I was a player for 14 seasons, but a fan for a whole lot longer, so when Smirnoff told me there were a bunch of NFL football fans in Alaska who weren’t able to watch the game, I was like what can I do?” said Davis. “Meeting them was such a blast and I can’t wait to see them enjoying the game and all that Smirnoff has headed their way.”

“To truly be For the People you can’t just show up. It’s about listening to what the people want and delivering,” said Jennifer Holiday Hudson, North America Brand Leader, Smirnoff. “That’s what we set out to do in our inaugural Super Bowl year, and will continue to do, by truly transforming the fan experience in unique and unexpected ways, because you can’t win the game sitting on the sidelines.”