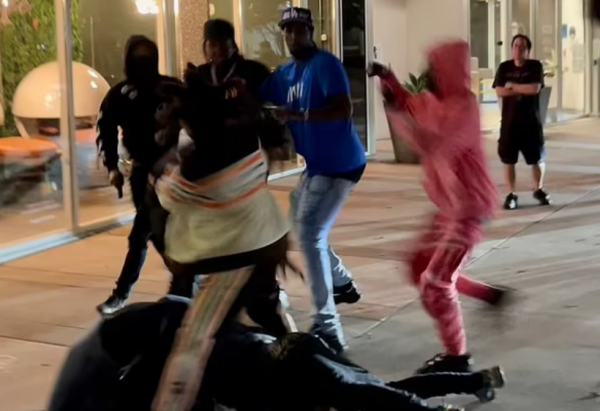 The Source |[WATCH] Kodak Black Shot In The Leg At Justin Bieber Super Bowl Party, Three Others Injured By Gunfire

According to a viral video released online, Kodak Black was one of four people who were injured by gunfire last night(February 11) at a star-studded afterparty thrown by Justin Bieber in Los Angeles.

As Kodak, Lil Baby and Gunna were standing outside of the party at The Nice Guy, a fight broke out in which Kodak ended up throwing a punch, but gunfire erupted shortly thereafter. According to authorities, at least ten shots were fired and neither of the shooters have been apprehended.

The Nice Guy party was a prelude to Super Bowl LVI, which boasted a guest list of Drake, Leo DiCaprio,Tobey Maguire,Kendall Jenner and Khloe Kardashian.

The Source |Kanye Says he is done working with Kid Cudi, Cudi responds