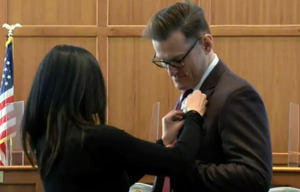 CLEVELAND, Ohio (WOIO) – Stipe Miocic, a former UFC heavyweight champion, was sworn in as a full-time firefighter for the city of Westlake on Tuesday.

The Westlake Fire Department ceremony with Miocic, who completed several rounds of testing, and two others was held at the city hall.

Fire officials said the hiring of the three new firefighters will really benefit the city and the ability to respond to emergency calls more efficiently.

“This is a historic day for the city of Westlake,” the mayor said.