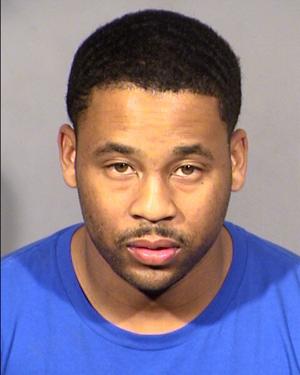 LAS VEGAS (FOX5) — A Las Vegas-area firefighter is accused of working as a pimp on the Strip during the busy NFL Pro Bowl and NHL All-Star weekend, according to a report from Las Vegas Metropolitan Police.

Treyveon Evans faces a pandering charge after he was arrested Feb. 4 at Planet Hollywood on the Las Vegas Strip. LVMPD’s Vice Unit said they were doing an undercover operation at the hotel because they expected an influx of human trafficking during the busy sports weekend.

An undercover detective met Evans near Cafe Hollywood inside the hotel, an arrest report said. The detective reportedly saw Evans approach two women, but they walked away.

The detective told Evans she was a “working girl,” a common term for a prostitute, the arrest report said. Evans asked the woman if she wanted to work for him and went into details on how much she should charge for sexual acts, where she should solicit customers and her quota for each night she worked, the report said.

Evans also said he would take her to Los Angeles to work during Super Bowl weekend, the report said.

In an interview with police, Evans denied being a pimp but acknowledged he wanted to make money with the girl as a prostitute, the report said.

Clark County spokesperson Stacey Welling confirmed Evans has been employed as a firefighter for the county since June 13, 2020. She said Evans was placed on unpaid leave pending investigation.