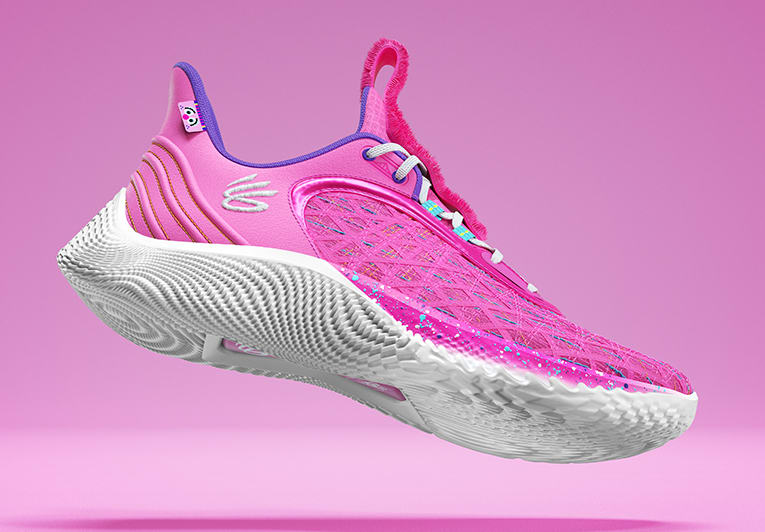 As part of Curry Brand’s ongoing partnership with the Positive Coaching Alliance, Under Armour is using Stephen Curry’s upcoming appearance at the 2022 NBA All-Star Game to give back to the local communities in the host city of Cleveland, OH.

Today, the Baltimore-based sportswear company announced that for every point Curry scores this Sunday, Under Armour will make a $1,000 donation to the Cleveland Metro School District benefiting the K-8 students’ basketball programs. The brand will also donate $3,000 for every 3-pointer he hits in the game and $10,000 if he’s named the MVP of the game.

For the game, Curry will be lacing up the pink-based Sesame Street x Under Armour Curry Flow 9 that’s inspired by the show’s character Abby Cadabby.

“It’s about positivity, joy, confidence and developing a sense of identity,” Curry said. “I love to be creative on the court. I love to try new things. I love to show new sides of myself, and the ‘Sesame Street’ characters can do the same thing on the court and prove that everybody belongs in the world of basketball.”

As of now, release details for the “Abby Cadabby” Sesame Street x Under Armour Curry Flow 9 collab have not yet been announced by the brand.