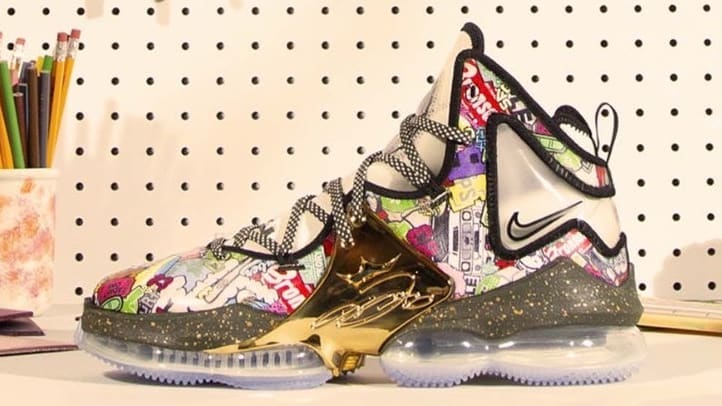 It’s been a rather disappointing season for the Los Angeles Lakers, but 37-year old LeBron James has remained a marvel on the court, still playing the game at an elite level. As a result, he’ll start in his record 18th NBA All-Star Game this weekend. Just days away from tip-off, Nike is giving us an early glimpse at what we can expect to see on James’ feet for his highly anticipated return to Cleveland.

Here’s a look at the Nike LeBron 19 “Chosen 1,” which celebrates James’ homecoming. The shoe features a rub-away layer that reveals graphics representing different elements of his life and storied career. The shoe is wrapped in gold hardware and also features a gold speckle along the midsole.

Retail plans for the “Chosen 1” LeBron 19 haven’t been revealed, but we’ll keep you informed as soon as those details are announced.