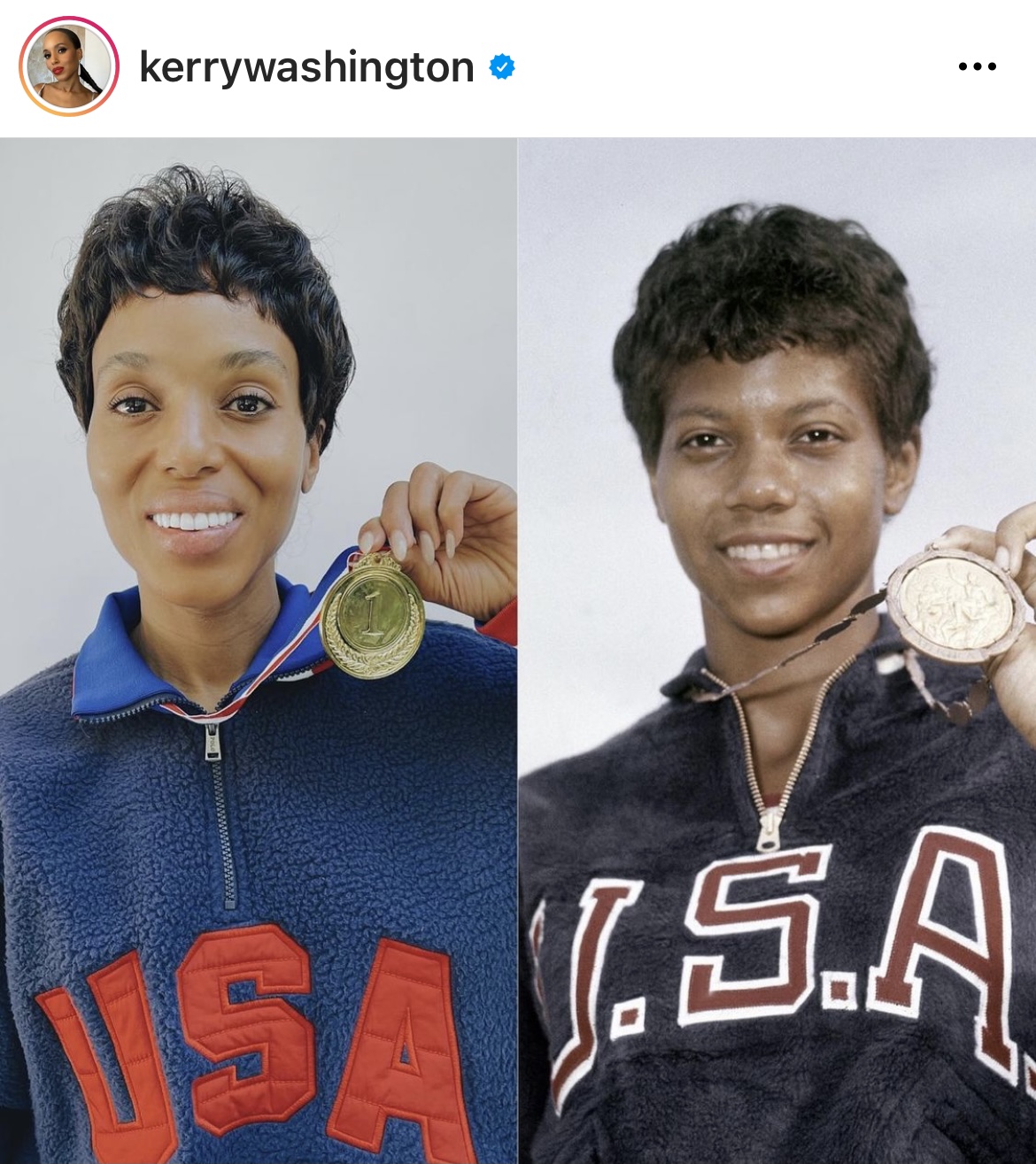 In honor of Black History Month and in the spirit of the Winter Olympics, Kerry Washington gives a nod to ‘HERstory’ by posting a tribute to one of the greatest Olympic athletes of all time, Wilma Rudolph.  Her tribute included a makeover to look like her as well as a brief lesson on the Olympic athlete. In the post, she stated that “Wilma Rudolph was not the first Black nor Female athlete but she was the first ATHLETE ever to win three gold medals”.  She also took the time to thank all the phenomenal athletes on Team USA, specifically shouting out Erin Jackson who made history this week as the first Black American Woman to win a speed skating world cup race at the 2022 Beijing Winter Olympics. Kerry showed her love to the icon, by dressing in full character and posting a carousel of photos to her Instagram in which she changed up her hair wearing a retro, tousled pixie cut that looks just like Rudolph’s, including a USA sweatshirt donning a gold medal, with the new look.  See Below for Kerry’s full look and history lesson caption.

Today in #BlackHERstory we honor “The Black Gazelle” herself, Wilma Rudolph. At the Olympic Games in Rome in 1960, Wilma Rudolph won three Gold Medals 🥇🥇🥇 and held three world records. YEP. She wasn’t the first Black athlete or the first female athlete to win three gold medals, she was the first ATHLETE. Wilma ran (literally!) so that Black athletes and Olympians could run too. And show the world our magic, our talents, and our determination. Thank you Wilma!!!!! And thank you to all the phenomenally talented athletes on #TeamUSA that continue to pave the way! Including @speedyj who made Olympic history and HERstory yesterday winning the Speed Skating 500m gold medal!!!!!! 👏🏾👏🏾👏🏾👏🏾👏🏾👏🏾👏🏾👏🏾👏🏾👏🏾👏🏾