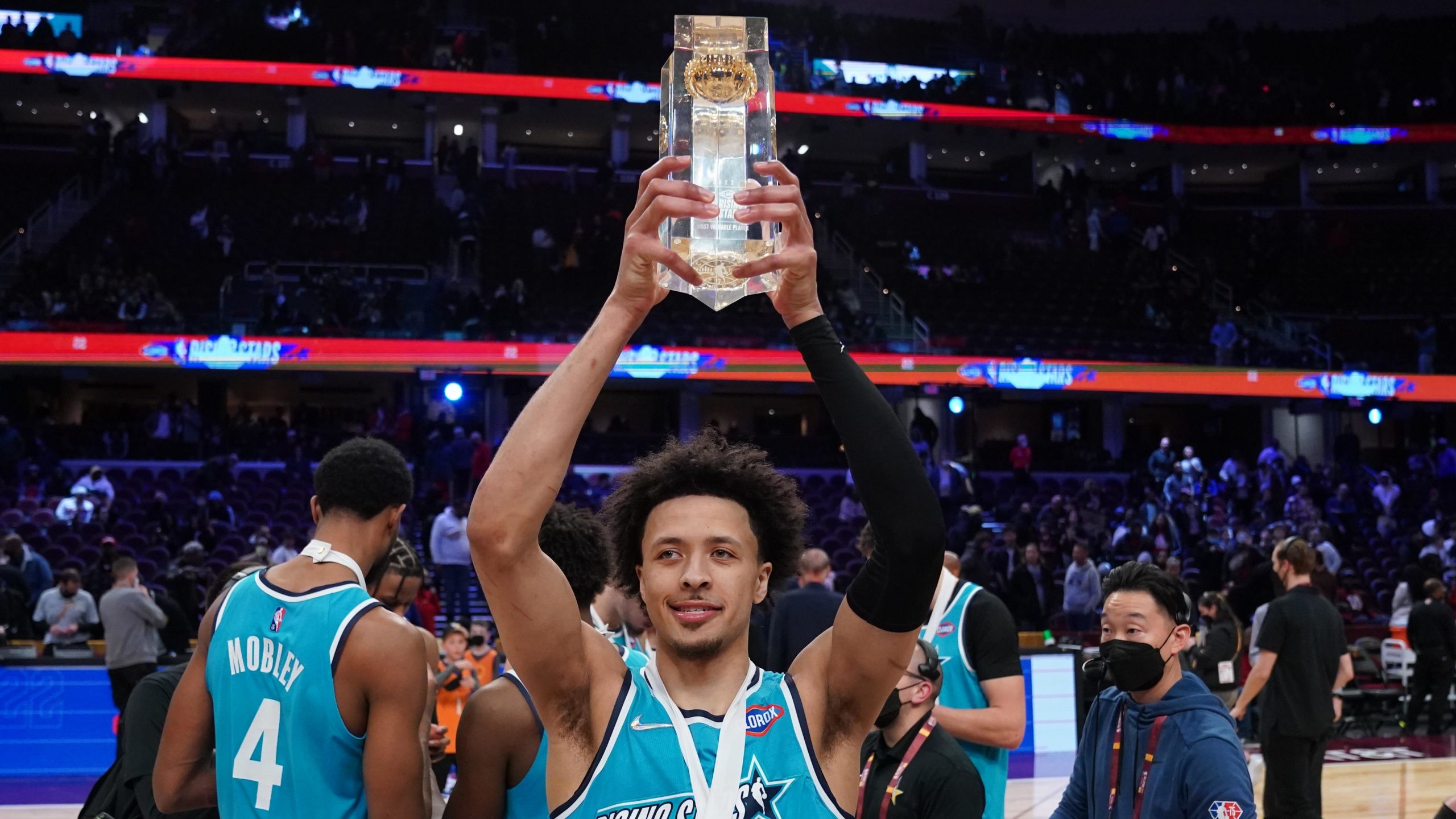 Tonight, the NBA’s most impactful rookies, emerging second-year standouts, and sleepers from the G-League took the court in Cleveland Ohio for the 2022 NBA All-Star Rising Stars Game.

This year’s Rising Stars featured a new format which saw the players divided into four teams—Team (Rick) Barry, Team Isiah (Thomas), Team (Gary) Payton, and Team (James) Worthy. The teams competed in three games, each played to a final target score, which can only be won with a made basket or free throw instead of with the shot clock running out. Games 1 and 2 were played until a team reached 50 points, while the target was 25 points (making it a total of 75 points in celebration of the NBA’s 75th Anniversary) in the final.

After a closely contested first round of games, Team Barry and Team Isiah met in the finals to determine this year’s champions. Momentum swung back and forth, but it was Detroit Pistons first overall pick Cade Cunningham who helped Team Barry pull away at the end for the victory. He scored 18 total points and hit some clutch buckets at the end to nab MVP honors.

Read on for a look at Every Sneaker Worn in the 2022 NBA All-Star Rising Stars Game.