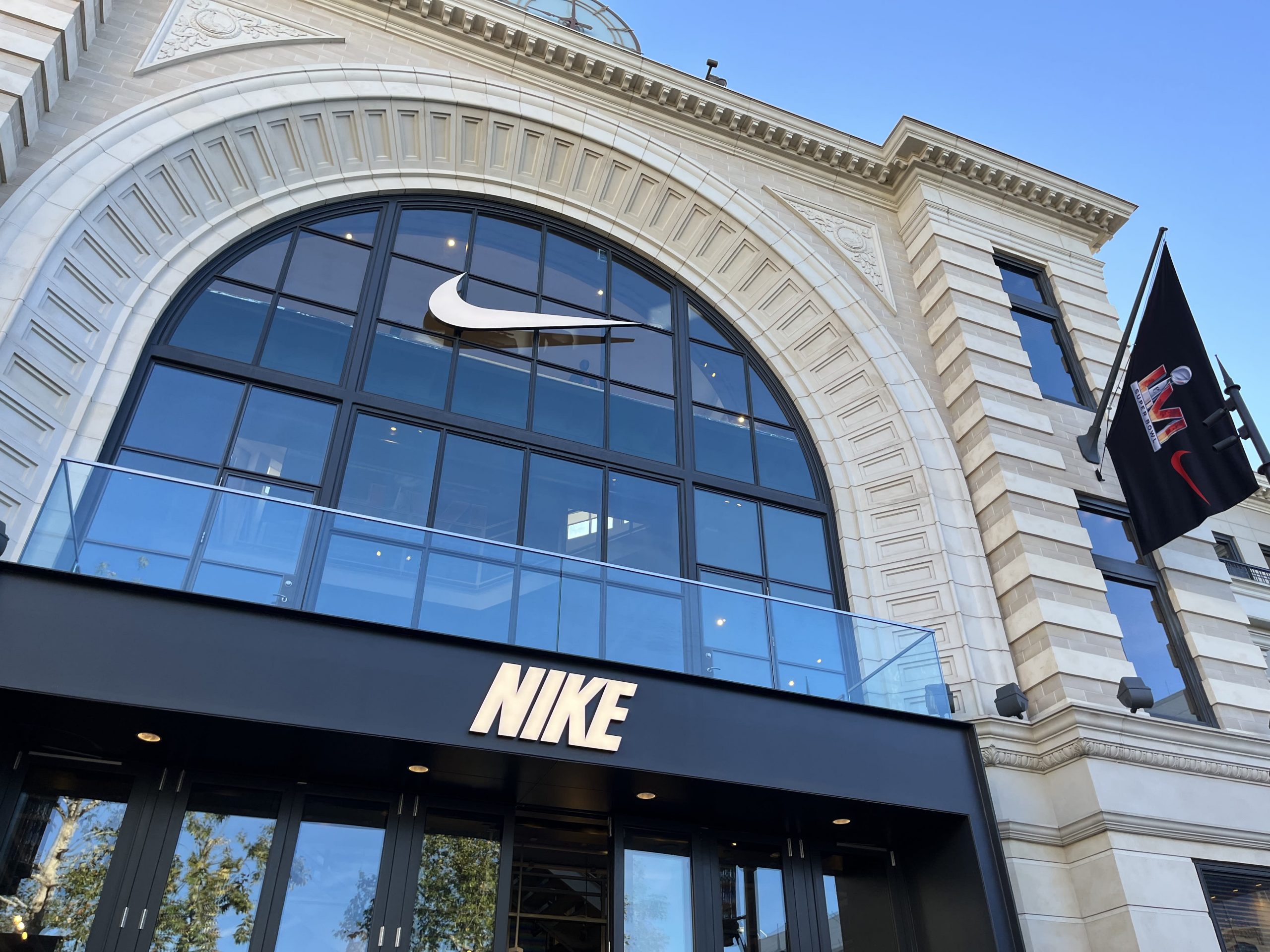 Nike’s connection with Los Angeles, the host city of last weekend’s Super Bowl LVI, runs deep. After all, this is the city that kickstarted the brand’s retail journey with the opening of its first-ever storefront in 1967, when the company was still known as Blue Ribbon Sports.

Fast forward to 2022, there’s a myriad of Nike retail stores scattered throughout the city, which the brand took full advantage of for fan experiences ahead of Super Bowl LVI. Some of them, like Nike The Grove, have been open for years, while others, including its Live store in Glendale, are newer retail concepts. The original Blue Ribbon Sports door is operating incognito, serving as an invite-only community space for local runners to gather just like they did in the late ‘60s. Nike’s activations in Los Angeles for the Super Bowl and beyond show just how important the market is for the sneaker maker.

One of the Super Bowl activations took place at Nike The Grove this past weekend, which serves as a hub for large-scale promo events in the city. The store provided Nike members with exclusive experiences including the opportunity to create their own NFL jerseys via the Nike By You station. In addition to creating custom products, the second floor housed the EA Gaming Lounge for members to play Madden NFL ‘22.

Just about 10 miles northeast of the Nike The Grove store is Nike by Glendale, one of the brand’s three Live stores in the city. The Live doors are a relatively new concept that debuted in 2018 with the opening of Nike by Melrose. Nike Live was designed specifically to service members in the local neighborhoods by using their buying patterns to provide a curated shopping experience. Upon entering the store, fans were greeted with both Cincinnati Bengals and Los Angeles Rams gear specifically for the Super Bowl weekend. Throughout the store, the racks are filled with a selection of women’s products—Nike says this location is more popular among its female consumers.

In addition to Nike’s own brick-and-mortar locations, brand partners like Undefeated joined in to celebrate Super Bowl weekend. The storefront featured a huge display of the eventual Super Bowl LVI MVP, Cooper Kupp. The shelves also had exclusive Super Bowl-themed products for the weekend.

One of the hidden retail gems in Los Angeles is the Nike Community Store tucked within the Watts neighborhood. For Super Bowl weekend, the Swoosh hosted events for kids from local organizations including football drills among other physical activities connected to the sport.

Super Bowl LVI is in the rearview, but Nike’s commitment to Los Angeles extends beyond the big weekend. Through its Watts and East Los Angeles Community Stores, the brand says it will continue to support schools and non-profit organizations in Los Angeles by donating $50,000 in grants each year. In the last five years, the stores donated $300,000 to local community organizations that are promoting active lifestyles to kids.