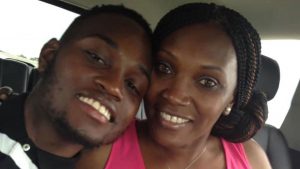 Ahmaud Arbery’s Mother: “Thank You To Everyone Who Supported Us”

Ahmaud Arbery’s mother, Wanda Cooper-Jones is thankful the Department of Justice brought federal hate crimes against the three white men who were convicted of killing her son.

Arbery’s mother, father and lawyers came out of the courtroom with their hands raised in victory after the guilty verdicts were read.  Mrs. Cooper-Jones said the DOJ was forced to convict the killers of her son because the family and supporters put pressure on them to do so.

She said she knew Ahmaud’s race was involved in the case from the beginning and knew the courts would side with them because of that.

“I now want to address the members of the DOJ. I’m very thankful that you guys brought these charges… but back on January 31, you guys accepted a plea deal with these three murderers” Cooper-Jones said.

She continued that she had “begged” the DOJ not to take the deal, and asserted that the verdict today would not have happened without her family’s continued activism.

Travis and Greg McMichael along with William Bryan were found guilty in the federal hate crimes trial. For the fatal shooting of 25-year-old Ahmaud Arbery nearly two years ago.

The post Ahmaud Arbery’s Mother: “Thank You To Everyone Who Supported Us” appeared first on The Source.

Kodak Black Reveals ‘Back for Everything’ Tracklist