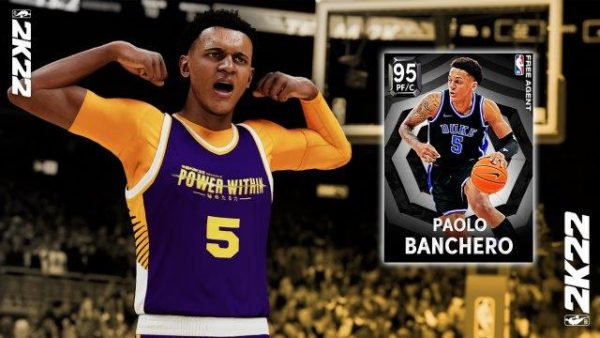 Season 5 of NBA 2K22 will be released on Friday, February 25th, and 2K has released an in-depth look at it today. Players can enjoy ani-mazing attire, a futuristic hoverboard, and a strong Grand Prize in The City and Cancha Del Mar, where anime has arrived. Season 5 also adds new music to the soundtrack thanks to a collaboration with Ninja Tune, as well as a slew of new content and changes to MyCAREER, MyTEAM, and The W modes.

Players of NBA 2K22 will be able to unlock new Level 40 awards, such as a Wildcat, Viper, Knight, or Beast Affiliation Skin for PlayStation 5 or Xbox Series X|S, or a mascot for PlayStation 4, Xbox One, NSW, and PC, according to on their affiliation. New thrilling adventures, cutting-edge prizes, and environment changes around the City and the Cancha Del Mar with new paintings and court floors are among the latest additions. MyTEAM includes Dynamic Ratings, which means the cards will be updated on a regular basis for the rest of the regular season, six MyTEAM collections spanning six decades, and an NBA 75 Domination tier, Galaxy Opal. Paul Millsap, Ray Allen, Dark Matter, and many others.

The W introduces additional prizes, including a Takeover Perk Picker and Hall of Fame tier player cards featuring Sacramento icons Ticha Penicheiro and Yolanda Griffith. 4,000 VC, an additional Badge Point, 2K Breakthrough Gear, Seasonal Clothing Bundle, and a Custom Player Indicator are the other three prize tiers. This season’s ‘First Fridays’ offers a variety of great singles from Ninja Tune artists from the United Kingdom. On the soundtrack and at Club 2K, you can listen to the most recent music in-game.

Check out the latest Courtside Report for all the facts on what’s new in NBA 2K22 Season 5.

NBA YoungBoy and DaBaby Team Up for Joint Project

Kodak Black Reveals ‘Back for Everything’ Tracklist