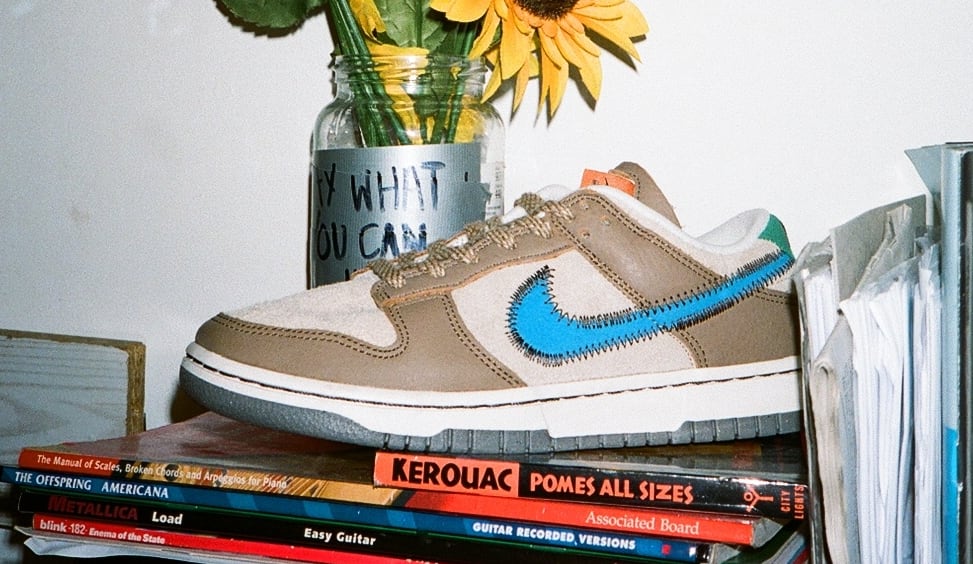 Size? has over 30 sneaker collaborations on the horizon. The European retailer teased its A/W ‘21 preview event today and one of the shoes showcased was an upcoming Size? x Nike Dunk Low.

Details behind the project are scant at the moment but the shoe shown here is expected to hit shelves before the end of this year. The shoe’s leather and suede upper wears a two-toned color scheme in brown offset by a deconstructed blue Swoosh branding on the sides while teal covers the heel tab. The collab deviates from standard Dunks with an asymmetrical tongue along with an oddly placed Nike-branded tag.

Last year, Size? kicked off its first-ever preview event but it quickly transitioned into a digital experience due to the coronavirus pandemic. This time around, fans will have the opportunity to preview Size?’s upcoming collabs digitally and in-person this Saturday, Aug. 7 via an activation event in London at The Black & White Shop. Over 30 upcoming collaborations with brands like Nike, Adidas Originals, Puma, Reebok, and Vans will be shown this week.

A release date for the Size? x Nike Dunk Low has yet to be announced but stay tuned to Sole Collector for updates.

UPDATE (02/28): Size? has officially confirmed that its brown and sand Dunk Low collab will be released on the Size? app and at Size? stores on March 3 for £90, which converts to $120.