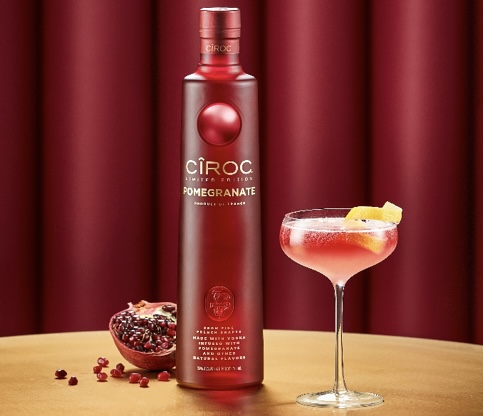 In November 2020, celebrity chef Richard Ingraham teamed up with CÎROC to prepare an unforgettable Friendsgiving meal for a number of selected guests.

To those who were unfamiliar with the curated, culinary genius of Richard Ingraham, the meal was an introduction to a one-of-a-kind experience. Chef Ingraham’s partnership with CÎROC first began when he was commissioned to create a culinary experience. This included cocktails and food items for the brand’s Amaretto flavor.

This led to the opportunity to curate another experience for Diddy’s New Year’s Eve party. The consecutive success was a domino effect to the brand highlighting Chef Ingraham’s story along with a dedicated mural of him cooking at Diddy’s house for the New Year’s Eve party, located in Wynwood, Miami.

For Valentines Day this year, Chef Ingraham, along with several influencial figures in food, fashion, and entertainment, deemed “The Love Squad,” curated a contest for a person and their loved one to win one-of-a-kind experience for Valentine’s Day sponsored by CÎROC.

Before curating culinary experiences, Richard Ingraham was a professional hair stylist for almost a decade. The Miami native later moved to Atlanta where he would obtain his culinary degree and begin his journey in the Peach state’s food scene. Following his stint with several restaurants in Atlanta, he returned home to service his community, where he taught culinary arts at a homeless shelter and to students with behavioral issues.

Timing would later prevail when a close friend and former hair client of his began managing NBA legend Dwayne Wade.

“She gave me a call and says, ‘hey Rich I hear that you don’t do hair anymore, but you’re a chef. How do you feel about cooking for an NBA player?’ And she tells me it’s Dwayne (Wade). I didn’t know what to cook, but she told me to prepare 10 different items prior to the tasting and bring it to his home. Also she asked me to cook in front of him so he could know that I was making this food.”

What began as a part-time cooking gig for the 3-time NBA champion, turned into a full-time position.

“I started cooking for Dwayne maybe once a month, to twice a week. Then I found myself running out of my classes to go cook for him for lunch. Then I would run back to finish teaching,” said Chef Ingraham.

At that point he had to make a decision to continue on “a safe path” or work to become Dwayne Wade’s chef full-time.

“I stepped out on faith and here we are over a decade later. When I made the decision, I knew that it was the right one based on his appreciation and gratitude of what I had to offer.”

In his 2017 book entitled, Eating Well to Win: Inspired Living Through Inspired, Chef Rich shares his peak performance recipes, expert tips and advice on how to lead an elite nutritious lifestyle.

“Chef knows how to incorporate the healthiest foods that will provide me the strength and energy needed when I hit the basketball court. His personal touch to meals and diversity in cooking has made him by far the best chef – and only chef – that I’ve had!” says Wade.

“Never in my life have I tasted more delicious and flavorful food that’s actually nutritious, as the meals exquisitely prepared by Chef Rich,” says Gabrielle Union.

Chef Richard Ingraham is currently assembling the perfect recipe for his second book as he continues to unite people with unique culinary experiences.

DaBaby and NBA YoungBoy Reveal ‘Better Than You’ Tracklist